Pointless Opinion: ‘I’m Done’ – The Issue of Walking Out of Movies 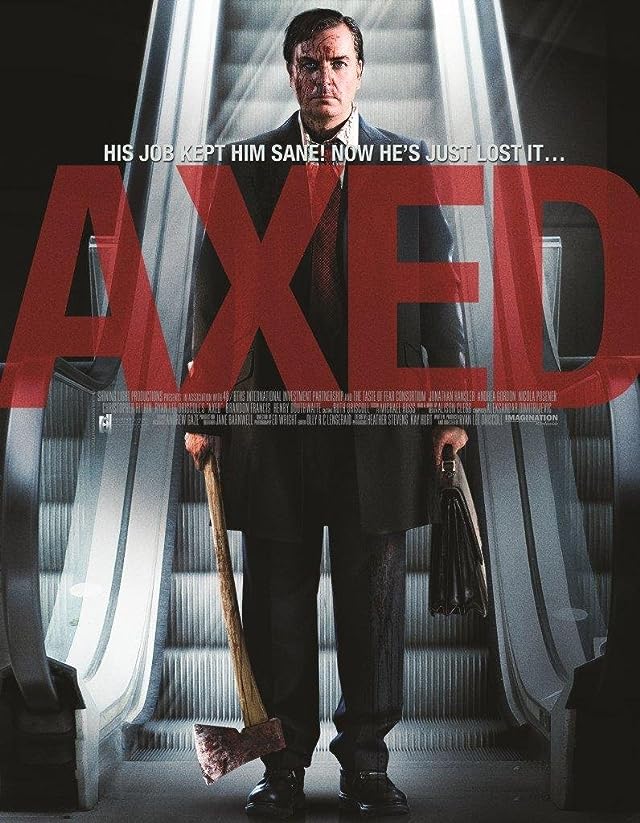 This review contains minor spoilers of the first half of Axed. No UK release date has been confirmed for the film as of this writing but it feels fair to warn.

The issue of walking out of a movie, paid or free, has been one I had been thinking about for a while as a growing critic. I never had an issue with it if someone walked out during a press screening of anything as long as they never tried to review it afterwards because, really, that would make you terrible at your job and not a fair review to the film you watched. It has happened, though, and it is not something I advocate since it misinforms your readers and users when you’re trying to review a movie and help them decide whether it’s worth seeing or not. If you didn’t see the movie in full, why try justify not seeing it to them since you are only partially informed by it?

Not to even say I wasn’t tempted of walking out of movies myself. Xavier Dolan’s pretentious and terrible Heartbeats, which I saw at the 2010 London Film Festival, was a movie that I would have left had it not been for the fact I was far into the row of the sardine case known as NFT2 at the BFI Southbank and could not wiggle my way out without going past a lot of people in the process. Another one was The Kids Are All Right. Not even because it was bad but because there was a moment where I just did not care to see what happened next. I would have done that if two other people next to me weren’t laughing their heads off (Yeah, I could have said ‘Screw them’ and left anyway but what can I say? I’m polite). Besides those and others, I had a good streak going when it came to not walking out of movies.

Friday the 10th of August 2012 was the day I broke that streak. I was invited to a screening of Axed, a British made Horror movie that, as writing of this article, has already been distrubuted or set to be in 30 countries with an American release pending for later this year. It’s a massive deal for what was a first time project done in 14 days with a cast of 6 and a crew of 5. The pedigree was there, albiet told to me days before as well as at the screening. Even as someone who is not a big fan of horror, the opportunity was pretty cool.

You have to understand that this wasn’t an ordinary, run of the mill screening for press; press weren’t even invited. This was the Lionsgate UK premiere, where actors, casting agents and others were invited to see the movie before it was out. The director, producer and writer was there and he was given an award before the screening. All the actors in the movie were there. People from the British film industry were there. I walked out in front of all of them. I am not even saying that to pat myself on the back, I am still trying to comprehend all of this myself, but I am trying to set the scenario on why I am still slightly freaked out by what happened.

Axed is described as a ‘Post Recession Horror movie’ and revo

The problem was that I did not care for any of it. I did not care that the kids and wife got kidnapped and taken to a house to get treated like dirt, I didn’t care that this guy was going through issues of being fired and ‘expressing’ those in this way and I certainly did not care for what is now a cliche in revenge movies like this, the ‘Wife cheats on Husband with Husband’s boss and makes him snap’ twist. Sure, it can work for many movies, the insanely excellent Sion Sono film Cold Fish as an example, but there comes a point where if the only reason for someone to reach the brink is because his wife cheated on him, it’s an understandable emotion and a motivation, it just feels redundant at this point.

Jonathan Hansler, who plays the Dad, Kurt, in the movie, is playing one of the biggest Red Alert sirens in movie history. His anger at the start leading to the sinister tone of voice as he kidnaps his kids and wife is one that nobody realises or points out in any way and it was so glaring that it put me off of anything going on and removed my sympathy for anyone involved. Why wouldn’t you at least ASK what is wrong with your Dad/Husband outside of him taking you from school and work?  Even when they reach the house, everyone just falls around acting like it’s fine until the Dad slowly snaps. The other actors of this movie are, honestly, playing archtypes. Steph, Kurt’s wife, is the understanding woman voice compared to Kurt’s aggressive ways, Jay, the son, is a frail kid who has been abused and beaten up at school and Megan, the daughter, is pretty much every single stereotypical mobile phone using, growing young female you see in most movies. As I said before, I couldn’t get into any of them because they’re both generic and stupid.

What makes it worse for me is that this is supposed to be a black comedy…but it isn’t funny. Moreso then that, it’s slightly disturbing and made me uncomfortable which drove me mad. Why am I feeling uncomfortable? Because of these people I don’t have a reason to care about are in this situation that has no real foundation or reason to happen outside of ‘MY JOB IS GONE AND MY WIFE IS DOING IT WITH MY BOSS!’? The scene that did it was when, during a dinner scene of the family not eating their food whilst the boss is upstairs banging away and the Dad bangs the dish with the food inside of it, making everyone eat so they don’t die. Everyone laughs. Yes, let’s laugh at the abusive insane father forcing his family to eat because he throws his weight around. I don’t have a problem with people’s humour references and I am not a big fan of black humour as is but that was the brink of my ability to stay with it.

The more I thought about it, the angrier I was about it. That was the first movie I walked out on? A horror movie with a premise that hadn’t been developed enough and no real heart to it? A movie where I found myself not giving a damn about what characters live or died because they were stupid enough to not realise anything of their situation beforehand? I know that the latter is a horror trope but it is one of the reasons I dislike horror so much. The majority of it, outside foreign or low budget affairs, digs into the territory of ‘You dislike these people? Watch them all die!’ which, well, is kind of a lazy cop out to approach unless you take a new spin on it like the quite excellent The Cabin in the Woods did. I am also a tad squemish, I’ll admit, so horror isn’t exactly my first choice for films I want to see with people.

What made it worse for me, it wasn’t even the worst movie I could think of. Again, I had survived Heartbeats, Miranda July’s painful yet unintentionally hilarious The Future and Nobody Walks, but this one was a perfect storm of annoying and bad that it couldn’t keep me seeing what happened which is the worst thing that could happen when you’re trying to get people to pay to watch and sit in a movie.

I am conflicted about how to end this article, even. I can’t quite say anything more about the movie because, by all accounts, I don’t know what happens. It could have suddenly been amazing at the end, the twist could have been amazing. At the same time, it would have been kind of eating a cake with the outer frosting not being well maintained and tasting dry. For all I know, the cake may have a great inner jam filling and could make it worthwhile, but too much of the outside tasted horrible so why would I want to eat the whole thing?

A part of me also wants people to support it. A small British movie getting the success it has, I give it all the props in the world and it’s rare to see it outside of movies that have the words ‘Edgar Wright’, ‘Joe Cornish’ and ‘Noel Clarke’ slapped across them. It also slides into a big thing that may make it a surprise box office hit; the British love horror movies. The Saw series was carried mostly by its success in International Box Office including the UK along with the Final Destination and Paranormal Activity serieses. You give Lionsgate the oppertunity to really push the movie, they will and when they do, it’ll be a success because of it being both British and Horror. The potential is really there for it.

It just feels weird right now. Not that I was proud of the fact I never walked out of a movie, it was just something I could use going into reviews of movies. My review of An Oversimplification of Her Beauty, for example, felt stronger because I was not one of the seven or so people who walked out or slept through the movie and I felt that my opinion of it was much more genuine then someone who could not last through the first hour and a half (Also, as I said in my review, AOOHB is a long, long, long movie so if you lasted through it, it felt like an achievement within itself). I went into Axed barely knowing a thing about it and was hopeful of exposing this film or writing something about it.

What I think I will take from this, the more I think about it, is that it had to happen at some point. The thought was rooted in my head and kept spinning through the things I had seen and if it didn’t happen at Axed, it would have happened for another movie like it or different from it. Some might call me a hypocrite for writing about it considering I said earlier that I am not a fan of reviews of movies people walk out and to that I say this; Anyone who sees Axed when it comes out, or any critic happy to write a review if they see it before it officially comes out, wants to do a review of it for MMM, I would be happy to read it. Fling me an email and I will get it up as something proper. It wouldn’t be me apologising to anyone for walking out because I stand by what I did and why but I think it would be only right for someone to give Axed a fair shot so that people can make up their own minds concerning it.

Here’s the trailer to judge for yourself. I think that is also a fair thing to do.

One Word or Less Comic Reviews for January...

The Go To Interview

One Word or Less Comic Reviews for July...

Reasons Why Applying for a Credit card is...