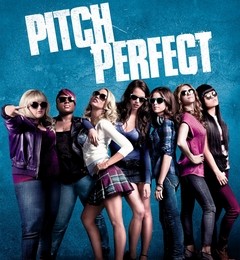 The head of Universal Pictures just revealed Pitch Perfect 2 is coming … in 2015. OK, so that seems like an awfully long time to wait for a sequel to 2012’s most rocking cinematic experience, but I guess you can’t rush perfection.

While it’s unknown if the original cast will reprise their roles (odds are on Rebel Wilson returning for sure), the sequel will also be written by Kay Cannon.

Rumor has it that Demi lovato will be joining the cast of the sequel (according to themovies IMBD page).

“@ddlovato please join the Bellas Demi, I would give up my solos for you coz you always CRUSH IT xx”

There’s no word on whether Demi accepted the invite or not seeing as the movie is still in the pre-production stage, but you never know! Would you like to see Demi in Pitch Perfect 2? Who else do you think would make a great addition to the acapella team? Let us know!