If you download it for free, the worst case scenario is that you liked ten minutes of reading less than you’d hoped. If you believe in this distribution model and want to see more comics delivered this way, throw the new guy a few bucks. You probably would’ve bought this for $3 in the store. Start there.

“Oh, but Jesse, I don’t have any way to read comics digitally!” This is probably not true! You can download these Panel Syndicate comics as a PDF file and I find it hard to imagine many modern computers that don’t have a way to view those. I use an iPhone app called CloudReaders. My phone’s small, but the comics are designed to be read in that approximate shape and it makes it work a whole lot better than trying to read a traditional comic at that size. If you have an Android or [other] smartphone, I can assure you there are comparable apps available. If you don’t have a smartphone, may I direct you to that thing about reading it on your computer?

It’s still not my ideal way to read a comic, but the thrill of getting an email that a new issue of The Private Eye is available and being able to read a killer new comic less than five minutes later more than makes up for it. Paper comics will always be around, but digital is a hell of a great thing too. You would do well to embrace it. 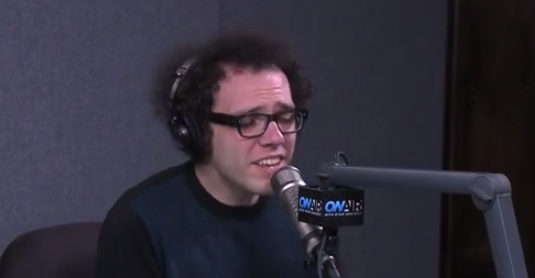