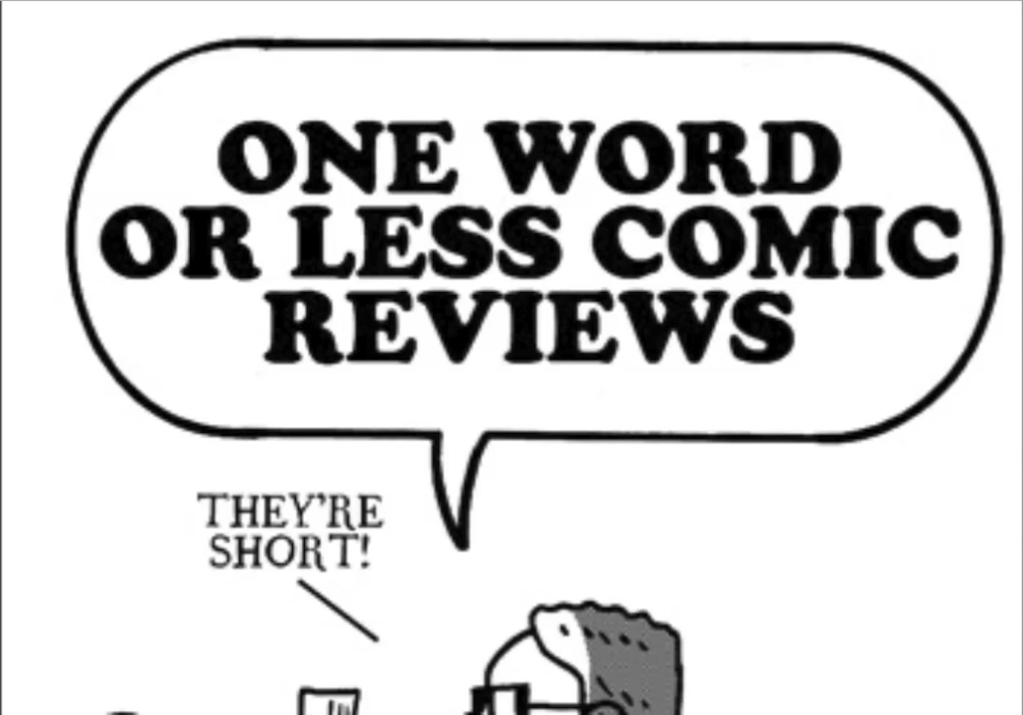 -A FEW WORDS ON THE THANOS ANNUAL

I had no intention of buying the Thanos Annual. The Thannual, if you will. It’s an obvious cash-in comic for a character I’ve loved in the past who hasn’t resonated for me in quite some time. But in the days before it came out I saw Ryan North mention that he had a story in the book. I was intrigued. Ryan is an incredibly skilled writer but I’ve never read anything he’d done that didn’t have an overtone of silliness involved. A silly Thanos?

Yes. A silly Thanos. North wrote a story about one of the most evil things Thanos has ever done being helping an old lady across the street. It’s wonderful. There’s another story about Thanos wrecking a guy’s life every year on his birthday since infancy. It’s cruel and it’s fun and I love it. There’s a story where Thanos tries to instill fear into a planet of Jhonen Vasquez-esque cuddly types who gleefully murder each other to try to make him happy, and it just weirds him out. Beautiful stuff.

Going into a week where a record setting audience is meeting Thanos for the first time as a heartfelt psychopath and providing a companion comic where he is every bit as cunning and cruel in stories that don’t take themselves seriously is a brilliant move. I hope Marvel continues to take chances with weird takes on popular characters.