One Direction – Up All Night 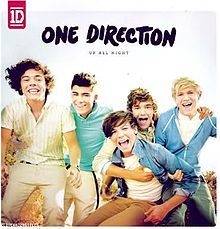 One Direction’s Up All Night album was a huge hit in the US! It included songs like, ‘It’s Gotta Be You,’ ‘One Thing,’ and of course, their most famous, ‘What Makes You Beautiful.’
Another famous song of theirs, was one with a powerful message, one thay could have an affect on you with one listen, it’s called, ‘Moments.’

Moments was written by Ed Sheeran. He was happy to let the boys of One Direction perform it, and now he’s even more happy to announce that he has written two more songs for them to perform… and guess what Directioners, one of them, MIGHT BE THEIR NEW SINGLE!

“It was written about the best things about someone, kind of like the things you wouldn’t expect,” he said.

“You’ll have to hear it. I can’t really say too much ’cause it’s their album. I want them to be the first ones to announce it and stuff.”

I hope Im not the only one screaming right now……

Well, there you go gals and gents! Expect more amazing songs from the boys written by Ed!

How Jillian Jensen Could Change The World

One Direction Are Rip Offs!!!

Adele says “Hello” for the first time in...

One Word or Less Comic Reviews for March...

Darby Anne Walker on her time on the...