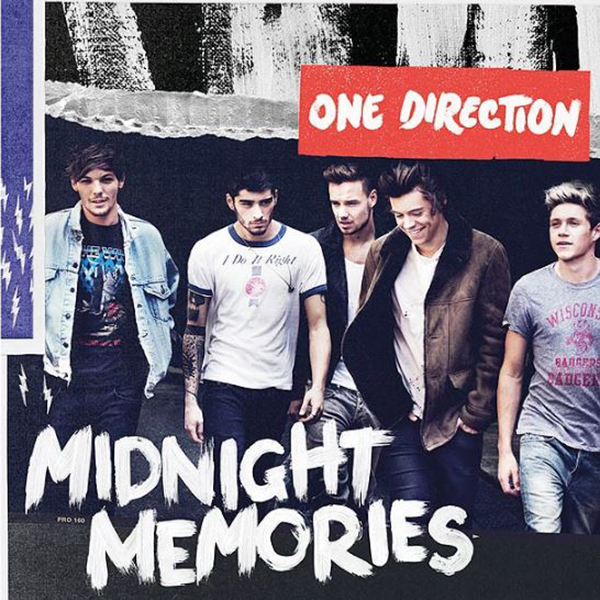 One Direction fans are learning more about the group’s upcoming Midnight Memories.

The boys have revealed the album’s official tracklist, days after announcing the song “Story of My Life” as their next single.  Other tracks include “Best Song Ever,” “Don’t Forget Where You Belong” and “Little White Lies.”

“Diana,” a version of which leaked online earlier this year, is also among the 14 new tunes.

One Direction also unveiled their third album’s cover art.  The cover features a candid shot of Harry, Niall, Liam, Zayn and Louis, looking much older and more serious than in their previous artwork.  The group has said the new album will have a more mature sound.

Midnight Memories is set to drop on November 25th.