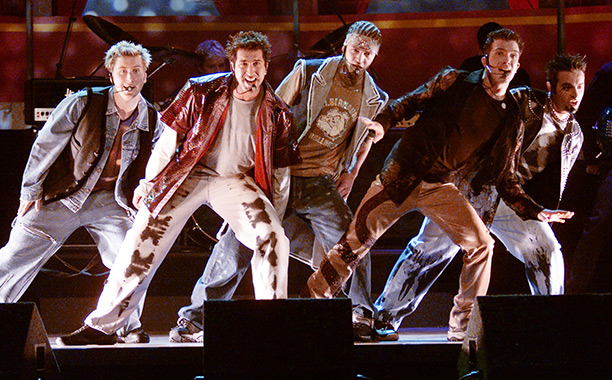 There was at least one group of people disappointed by Justin Timberlake’s remarkably successful return to music this year: Those hoping for an NSYNC reunion.

Enter the power of MTV. It was already announced that Timberlake would be receiving the Michael Jackson Video Vanguard Award at this Sunday’s ceremony, but now, according to reports from sources within MTV, Timberlake will be joined by his old NSYNC compadres Joey Fatone, Chris Kirkpatrick, Lance Bass, and JC Chasez for a performance.

Despite the ongoing showdown between Lady Gaga and Katy Perry, this NSYNC news has now become one of the biggest stories of this weekend’s show. It seemed like an NSYNC reunion was an impossibility, mostly because Timberlake was doing just fine on his own, thank you very much. It’s doubtful that this will lead to any extended work together (Timberlake has two movies to promote, plus an arena tour supporting the entirety of The 20/20 Experience), but it’ll provide some satisfying closure in the great boy-band comeback of 2013 that has included Backstreet Boys, New Kids on the Block, and 98 Degrees.

GET MORE EW: Subscribe to the magazine for only 33¢ an issue!

MTV has yet to comment on these reports directly, though something like this happens just about every year—in 2009, the appearance by Janet Jackson memorializing her recently deceased brother Michael was the worst kept secret in the universe, as was the “surprise” appearance of Jay Z and Kanye West at 2011′s show.

So what do you hope to hear from NSYNC at this Sunday’s Video Music Awards? Do you think everybody still knows those awesome “Bye Bye Bye” moves? And will Timberlake resurrect his terrible hair from the NSYNC era? Pop and lock in the comments.