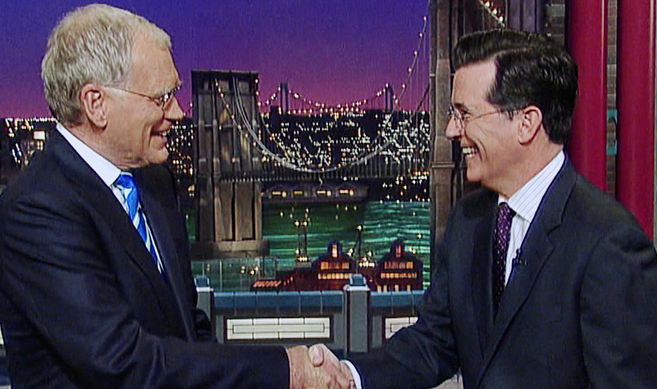 One of the many things that makes this different is that Colbert made it clear to all of CBS decision makers that he was interested in taking over for Letterman by making his contract cycle synch with Letterman’s. Colbert is done with Comedy Central this year, and Letterman sometime next year. It’s perfect timing!

While the Team Coco fan boy in me would have loved to see Conan O’Brien leave TBS for CBS and have history repeat itself, I am quite happy that Colbert is moving to a new show and a new style.

In a statement on Thursday Mr. Colbert said: “I won’t be doing the new show in character, so we’ll all get to find out how much of him was me. I’m looking forward to it.”

Mr. Letterman said: “Stephen has always been a real friend to me. I’m very excited for him, and I’m flattered that CBS chose him. I also happen to know they wanted another guy with glasses.”

Let’s see what happens next…