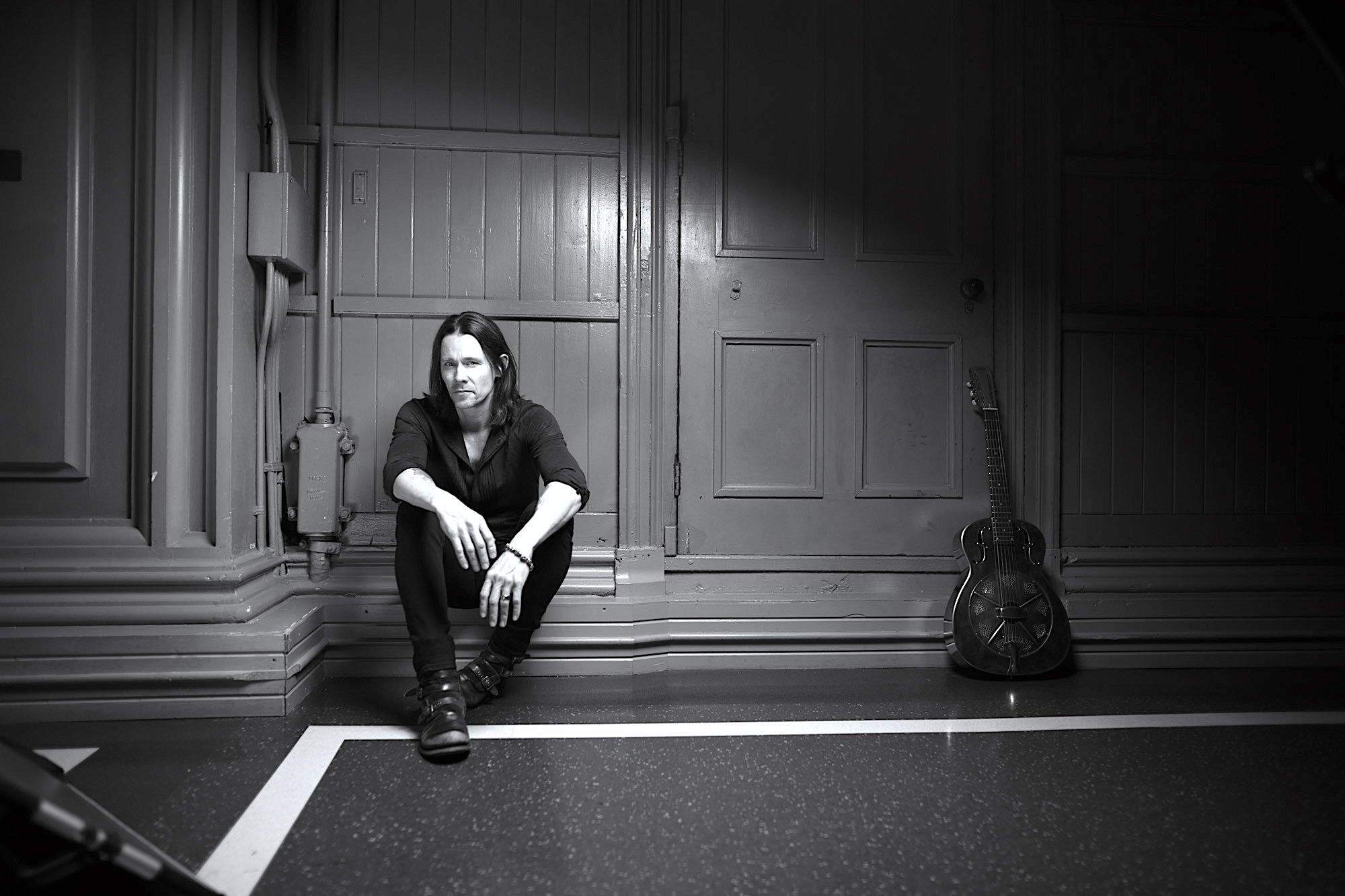 Following the recent release of the music video for the first single “Year Of The Tiger,” Myles Kennedy has released a lyric video for another song from the upcoming debut solo album. “Haunted By Design” is the second track released from Year Of The Tiger; the upcoming album available worldwide on March 9th via Napalm Records. The video for the song can be seen here: https://youtu.be/fQq7pOoqCHA. Fans that pre-order (http://smarturl.it/MK-YearOfTheTiger) the download of Year Of The Tiger through a digital retailer will receive an instant download of the song as well as the first single. The album is also currently available for pre-order in various bundle configurations at: http://smarturl.it/YearOfTheTiger-NPR and www.MylesKennedy.com.

On Year Of The Tiger, Myles embarks on his first venture as a solo artist by embracing musical elements and influences he hasn’t explored until this point in his career. Kennedy himself plays banjo, lap steel, bass, and mandolin in addition to guitar throughout the album. The emotional journey and personal story of Myles is captured in a bluesy-americana album with a twist of country and rock, swirling and flowing around this incredible soulful voice the world has come to know.

Myles recently announced a solo acoustic tour that will kickoff in South Africa before moving over to Europe for 6 exclusive shows. The European tour will make stops in Birmingham, Nottingham, Glasgow, Manchester, Bristol and London. Tickets for all shows are currently on sale and can be purchased via livenation.co.uk or ticketmaster.co.uk. A US run will be announced in the near future and the initial live shows will feature Myles performing solo in an intimate setting.

Myles Kennedy burst on the music scene in 1990, but it wasn¹t until 1995, through his band The Mayfield Four, that he gained some notoriety. It was when the Mayfield Four toured opening for hitmakers Creed that Myles Kennedy would meet Mark Tremonti, Brian Marshall and Scott Phillips. This meeting would eventually lead to the formation of Alter Bridge, the band that would become Myles¹ calling card to the world. The band released their debut album One Day Remains that would end up being certified Gold by the RIAA and the band would go on to sell millions of records worldwide over the course of 5 studio albums with the band. In 2008, the legacy of Myles Kennedy was circling the music industry and eventually found its way to members of Led Zeppelin. A now legendary story, Myles was asked to jam with Jimmy Page, John Paul Jones and Jason Bonham for a potential project that never materialized. In 2009, Guns N¹ Roses guitarist Slash was working on a solo project and tapped Myles Kennedy to do vocals on 2 songs on that release. That partnership would lead to Myles becoming the vocalist for his other rock band, Slash featuring Myles Kennedy and The Conspirators. They have released 2 albums under that moniker. This relationship would also lead to Myles Kennedy singing for the iconic Guns N¹ Roses at their Rock & Roll Hall Of Fame induction in 2012 after band founder Axl Rose was unable to attend. Through Myles’ various projects, he has appeared on The Tonight Show; Jimmy Kimmel Live; Conan; has had music used by the WWE, Major League Baseball and NASCAR to name a few; and appeared in the motion picture Rock Star. 2018 will mark a new chapter in Myles¹ career as he will be releasing his long-awaited debut solo album Year Of The Tiger. The album is a whole new direction for Myles creatively and showcases the talent that has made him one of the premiere frontmen in modern music today.