When Eoin and I formed MultiMediaMouth in May of this year, a key part of our ‘mission statement’ was to feature the best in new talent in all areas of the media. This past weekend I was fortunate enough to speak to one such talent; artist, writer, musician, singer and in this case, film maker, Gemma Bright. Gemma is currently producing the exciting new animation, Outcast Hero. She also very kindly let us show you some of the animatic scenes, which you will see as you read on!

What is Outcast Hero?

Outcast Hero is an independently produced full-length animated fantasy/adventure movie which follows the travels of Muxlowe Daemyn – a once modest young Chimerite whose ego is blown out of all proportion after his unique powers land him with the task of saving his planet from a creature known as the Oxcerbus. With his skyrocketing fame and selfish mindset affecting both friends and enemies, another twist of fate casts Muxlowe into a new dire situation -not to mention an entirely different form- as a dark presence seeks to get rid of him.

When did you decide to take on the task of an animated movie? What inspired you?

Creating an animated movie has been a dream of mine since childhood, and thanks to the rapid progression of technology, practically anyone with a computer can make things that were once only reachable by big budget studios. Outcast Hero’s production began in mid 2006 after much deliberation.

The works of PIXAR and Don Bluth have been particularly inspiring for many reasons – the depth of their characters and storylines, the beauty of their artwork and their willingness to push the envelope and try out new techniques. On the independent front, Tyler Gibb’s feature “Minushi” showed me that its not impossible for one person to make an animated movie, and do it well.

Being a bit of a daunting process, where did you start?

At the brainstorming stage. All my projects are rooted in pages upon pages of concept sketch work, and Outcast Hero was no different. Once the character basics were decided upon and the script was written, I moved into planning the visuals.

While I realised I needed to do things properly, I didn’t want to spend more time than I needed to on pre-production. So I skipped the storyboarding phase for the most part, and dived straight into creating the animatic which, at the time of me writing this, took the most time thus far.

It’s all been a very experimental thing, often steeped in improv and adjusting facets of the movie as I go along, but I feel that’s been half the fun of it.

As you’ve been writing and designing characters for some time, did you start the creative process with a clean slate, or did you use existing characters and ideas?

Half and half. Some of Outcast Hero’s characters were reinvented versions of ones I’d already come up with, while others were designed specifically for the production. The story’s base plot had already been formed as part of an older idea which was later scrapped, and in the process the plot was integrated into Outcast Hero and fleshed out with lots of different, newer ideas inspired by the movie’s universe.

How have you gone about the process without a professional studio? What outside and volunteer help have you used?

Working independently has its perks and its obstacles. On one hand, you have complete control over the project output without worrying about network ratings or market audiences, but on the other hand you have to be entirely self motivated. No one is going to be coming into your room and yelling that you’ll be sacked if you don’t complete a certain segment by such-and-such a time.

I am undertaking the entire animation process by myself, but vocal contributions have been made by a cast of wonderfully talented voice actors recruited from across the world. I have also been offered 3D computer graphics and musical scoring help for the future production.

Where are you currently in the process? Does OH have an ETA?

Outcast Hero is set to begin final production in January 2010. In the meantime have been arranging for the main cast to re-record their lines with better quality equipment.

Unfortunately, it is impossible to gauge exactly when the movie shall be finished due to the fact I am animating it by myself, and this animation is worked in between various other responsibilities.

What is your intention for OH? Is there a message you would like people to take away from it once they’ve seen it? Do you have a goal for it’s distribution etc?

Primarily I’m setting out to give people a good, enjoyable time – a movie that’s more interested in telling a story than how many copies it can sell. There are also underlying messages inside its main plotline, such as the destructive properties of selfishness and prejudice and how sometimes its important to adapt to change.

My goal is to distribute Outcast Hero on DVD, but I have considered other means of broadcast such as showcasing the movie at animation festivals and on video sharing sites such as Youtube.

I have been lucky enough to be one of the people to get a sneak preview of Outcast Hero as I was part of the team giving critique on the first completed animatic version, and I have to say I was extremely impressed, something which regular readers of my weekly column will know doesn’t happen all that often. Intelligently written, very funny and excellently balanced, I can safely say Outcast Hero, with the right support could really take off and be successful. At the very least it will provide everybody who sees it with a LOT of enjoyment. We will check in with Gemma in a few months to see how production is going. Below are some more wonderful examples of the animatics Gemma has produced. Please check out the links below to learn more about the Project, and ways you can help! Send any feedback to chris@multimediamouth.com or in the comments section.

Gemma’s other artwork from Outcast Hero along with examples from her other projects can be found here. Gemma also produced our very own logo! 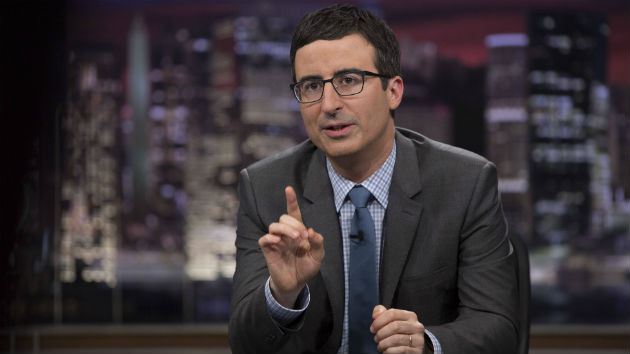