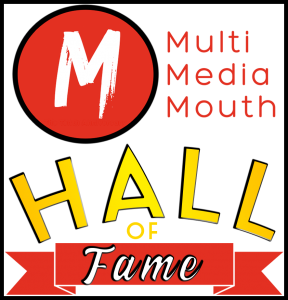 While MultiMediaMouth was set up as a forum and launchpad for younger writers and broadcasters, it would be remiss of us if we didn’t give due praise and commendation to the people within the industry who’s contribution has set them apart from others and been an inspiration for us.

Rather than trying to do a standard annual awards ceremony, we decided we would create a small but dignified platform to show our respect for those contributions. With that in mind, MultiMediaMouth is delighted to announce the first inductee in the MultiMediaMouth Hall of Fame.

Additionally, great thanks are owed to Suzy Blyth, wife of the late Emmerdale Series Producer Gavin Blyth for endorsing our efforts here.

In a year of mixed fortunes for Coronation Street, their performances during the Hayley Cropper euthanasia storyline were consistently brilliant, both moving and very real. Like all the best moments in acting, you forgot you were watching two characters and just got swept along on an emotional ride by two people all viewers became invested in. After many years of tremendous and memorable performances from them both, it was fitting the farewell to Hayley was truly outstanding

Suzy described them both as ‘wonderful’ and they really are worthy winners.