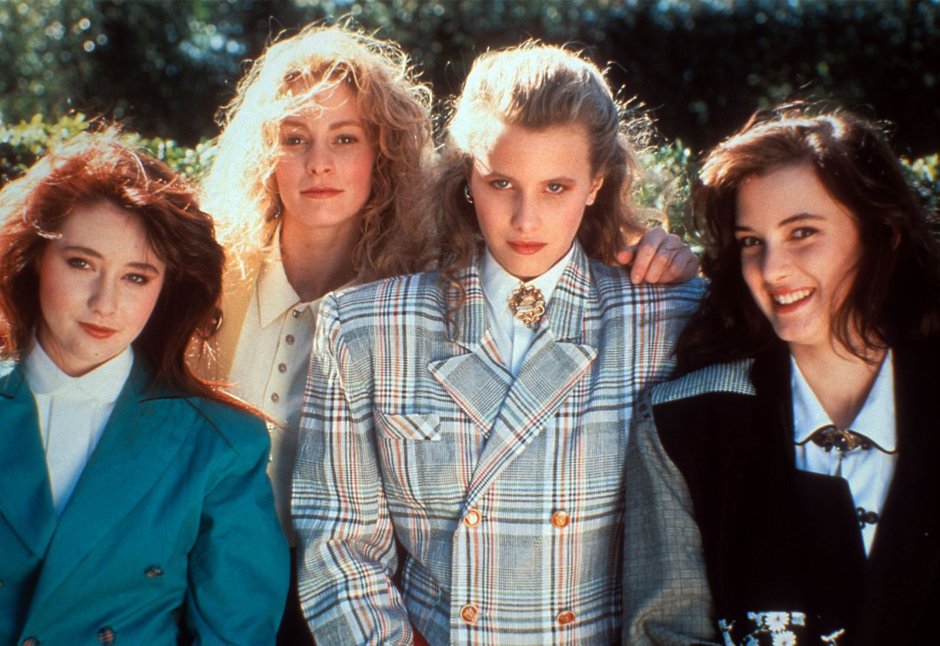 After a long, hard weekend of scouring Netflix, I’m back again to talk about movies I’ve never seen as if I had some kind of authority on the subject. For this installment, I decided to search for something that could justify the “retro” in my title. After avoiding the temptation of watching a movie I’ve already seen and scrolling past some other well-known films, I came across Heathers.

This is a title that wasn’t too familiar to me, and its casual mention of suicide and listing as a dark comedy had me intrigued. It’s also listed under “Cult Movies,” although its inclusion alongside The Iron Giant and three different installments of the Sharknado franchise has me questioning what that really means, if anything. Unlike the last movie, Heathers is an American movie, written by Daniel Waters and directed by Michael Lehmann. Fans of recent TV shows will recognize the stars Christian Slater and Winona Ryder, who’ve each gotten a Golden Globe for their performances in Mr. Robot and Stranger Things respectively.

Ryder plays Veronica, who puts up with the company of the three eponymous Heathers in order to be a part of the most popular clique in her high school. While she’s not alone in hating the Heathers, Veronica stays with them until she meets the mysterious transfer student Jason, played by Slater. The movie continues to portray a typical high school setting, including levels of swearing, drinking, and sex one would expect of an actual high school rather than of one portrayed in a movie, until the tragic suicide of Heather Chandler.

Netflix’s categorization of this movie as a dark comedy was pretty appropriate; the dialogue before, during, and after these “suicides” is filled with irreverent dry wit. What was really surprising was that the movie was also able to deliver tense moments that could be genuinely unnerving as well, although those tended to be relatively short-lived. All of the stereotypes one would expect from a high school movie were there, but they were taken to their extremes and used to make statements not only about social structures and cliques, but about a wide array of topics including homophobia and bullying. The stereotypes and other motifs, such as the color associations of the Heathers group and reoccurring conversational structures, persist through the dramatic events of the film in order to both parody them and to highlight their ever-present influence. To be fair, though, reading too far into things is another thing that is mercilessly made fun of in this movie.

If you’ve read this far, it’s probably safe to say that you can tell that I enjoyed this movie, and I’m not alone. 95% of critics gave Heathers a positive review according to Rotten tomatoes, and Roger Ebert gave the film 2.5 out of 4 stars. The movie even managed to achieve one of the highest honors of any modern work: having a musical made out of it. If I had to choose something to complain about, it would be that the soundtrack was lackluster even without its noticeable aging. That said, Slater’s and Ryder’s performances were a pleasure to watch, the writing for the jokes was consistently hilarious, and there were even some cool visual elements and details to enjoy throughout.

I apologize for another positive review, and for it being of another movie that definitely isn’t family-friendly, but if you’re in the mood for some dry, morbid humor, there are worse high school movies that you could choose.