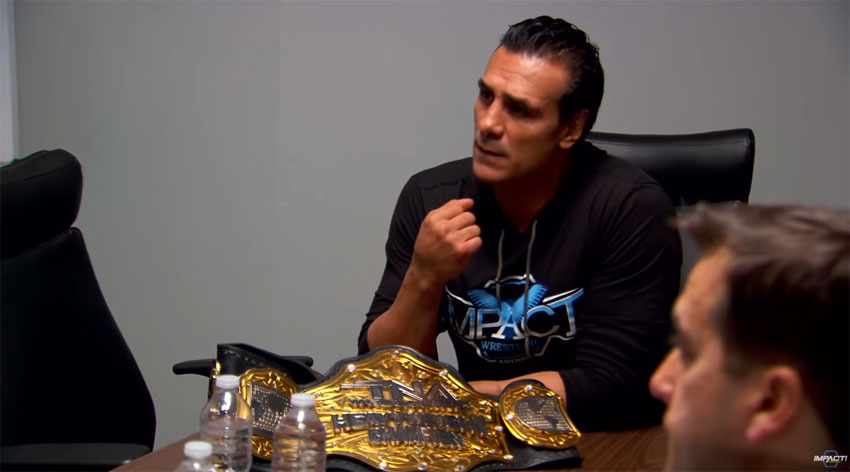 The FOX affiliate in San Antonio first reported the arrest of Chucuan, 42 years old.  The FOX article stated that the victim reported to local authorities on 5/4 that the previous evening, Sunday 5/3 at 10 PM that Chucuan allegedly became angry with her and physically assaulted her after accusing her of infidelity.  When the victim would not admit to the infidelity, Chucuan allegedly slapped her “across the head” several times.  The victim also alleged that Chucuan “forced her to wear a dress and dance for him” and that when she refused and he told her not to start crying because if she did, “he would take her son and drop him in the middle of the road somewhere.”

The arrest affidavit stated that the woman alleged Chucuan had sexually assaulted her and that she had her injuries documented via photographs.

FOX’s report noted, “Police said Rodriguez Chucuan then tied the woman’s hands with boxing straps, put a sock in her mouth and sexually assaulted her for several hours, using various objects. According to investigators, he also punched her in the back during the assault, causing visible injuries. The victim told detectives she does not remember much after he placed his hand around her throat.”

TMZ’s report brings the accusations into a much more disturbing light, stating that the victim reported the attack started at around 10 PM on 5/3 and that it lasted over 16 hours, ending  on 5/4 on 2:30 PM.  The victim went to the police the same day with TMZ’s report noting that the responding officer saw bruises on her face, arms, legs and neck.

The victim alleged that Chucuan attempted to burn her passport and smashed her laptop computer and cell phone.  TMZ reported that the victim, “..also claims Del Rio attacked her, causing multiple injuries and left her, ‘feeling woozy and dizzy from the hits to her head.’ ”

The victim told police she is afraid and intends to leave San Antonio as soon as possible.

Chucuan was taken into custody on Saturday 5/9 at 11 AM local time.  He was released on $5,000 bond (which means bail was $50,000) at 5:29 PM local time yesterday.   If he is found guilty, the minimum prison sentence for sexual assault under Texas law would be 2 years.  As a second degree felony under Texas law, sexual assault can also lead to a fine of up to $10,000, in addition to incarceration.   He does not yet have a court date scheduled.

Chucuan is best known publicly as former WWE Champion Alberto Del Rio in WWE, formerly Dos Caras in Mexico and who has wrestled as Alberto el Patron in Impact Wrestling and fought under that name last year for MMA group Combate Americas, where he also holds a figurehead executive position.