Mike Rowe to host a show on Fox Business Network 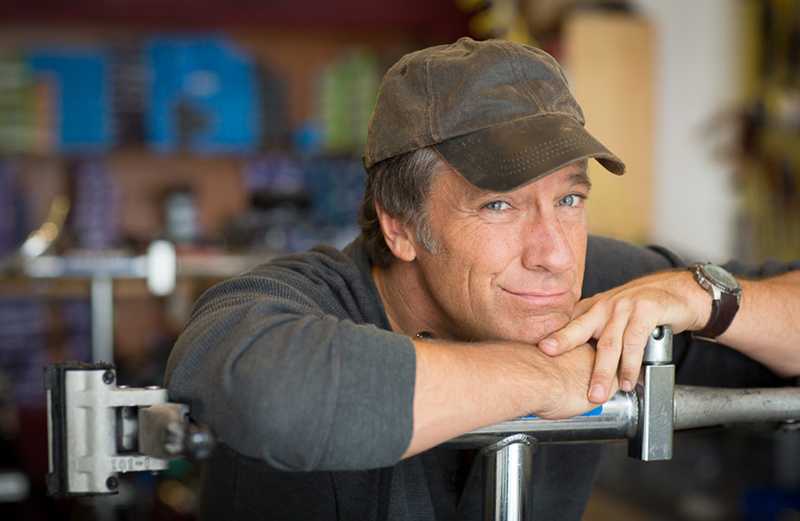 In making the announcement, Petterson said, “We are thrilled to introduce a new engaging and inspirational primetime lineup focused on success stories across key American industries to our loyal viewers.”

Kicking off the new programming slate on Monday, September 20th will be How America Works (Mondays at 8PM/ET). Narrated by Mike Rowe, the hour-long series will showcase the many individuals that work round the clock to keep our infrastructure in working order. Rowe has been an advocate for the nation’s unsung heroes with successful shows such as Discovery Channel’s Dirty Jobs and After the Catch. In 2008, he founded the Mike Rowe Works Foundation, which awards scholarships to students pursuing careers in the skilled trade industry. Additionally, he’s voiced numerous documentaries and in 2011, testified before the United States Senate Commerce Committee about the skilled labor workforce and in 2014, testified in front of the House Committee on Natural Resources. A bestselling author, Rowe has penned several titles, including “The Way I Heard It” and “Profoundly Disconnected, A True Confession from Mike Rowe.”

At 9 PM/ET, FBN’s top-rated host Stuart Varney will dive into the design and ingenuity of iconic American landmarks with back-to-back episodes of American Built (Mondays at 9:00 and 9:30 PM/ET). Originally a FOX Nation series, the half-hour program will follow Varney as he interviews renowned architects, engineers and historians about engineering marvels, from the USS Nautilus to the Hubble Telescope, capturing the unassailable spirit that helped make our country the leader in innovation and growth. An FBN original, Varney helms the three-hour program Varney & Co (weekdays 9 AM – 12 PM/ET), which is often the highest-rated market-open coverage in television. He joined FOX News Channel in 2004 and later moved to FBN where he has been an integral part of its financial coverage for more than a decade. Prior to his tenure with the network, he helped launch CNN in 1980, where his coverage of the 1987 stock market crash earned CNN a Peabody Award for excellence in journalism.

On Tuesday, September 21st, Cheryl Casone will present two consecutive episodes of American Dream Home (Tuesdays at 8:00 and 8:30 PM/ET), which follows families as they hunt for their perfect house while sharing their emotional journeys to their forever home. Casone joined FBN when it launched in 2007 and has anchored coverage spanning from the 2008 financial crisis to the recent real estate boom. As a financial contributor to FOX News Channel, she also provides insights surrounding the weekly job reports. Prior to FBN, she has covered business and economic news for outlets such as CNN, CBS Newspath, MSNBC, NBC News and San Francisco’s KRON-TV.

At 9 PM/ET, Kacie McDonnell brings her popular FOX Nation series Mansion Global (Tuesdays at 9:00 and 9:30 PM/ET) to FBN Prime. Based on the staple Wall Street Journal feature, the 30-minute program explores the most lavish properties in the country, from mega mansions to high-priced high rises for a peek inside luxury real-estate listings. McDonnell, a lifestyle and sports host, joined FOX Nation in 2019, launching Mansion Global in 2020. Previously, she served as an anchor for the New England Sports Network (NESN) covering professional sports across Boston and as a sports reporter for KSHB-TV (NBC) and Philadelphia’s WTXF-TV/FOX 29.

September 22nd will mark the network debut of the FOX Business original, American Gold: The Legend of Bear Gulch (Wednesdays at 8 PM/ET). Featuring the Dale brothers, Rick (71), John (70), Tad (68), Paul (63) and Kitt (59), the hour-long series will follow the family as they attempt to mine 800 acres of previously worked land for gold in the wild mountain valley of Bear Gulch, Montana. The location holds special meaning for the brothers as their father, grandfather and uncles all spent their lives dedicated to mining the area, where they believe a family secret will help prove there’s still millions to be found.

American Country music star John Rich follows at 9 PM/ET with an intimate glimpse at the different journeys of some of the nation’s biggest names in The Pursuit! with John Rich (Wednesdays at 9:00 and 9:30 PM/ET). The series, which originally premiered on FOX Nation, will air all-new half-hour episodes in its FBN Prime debut, featuring in-depth interviews with music stars, celebrities and entrepreneurs. Filmed at Rich’s home in Nashville, the guests will delve into their personal journeys and experiences that led them to achieve the American dream. Rich, a renowned singer/songwriter has been involved all facets of the music world, writing songs for Taylor Swift, leading the country music duo Big & Rich, and producing for Gretchen Wilson and Keith Anderson, among others.

On Thursday nights, staring September 23rd, FBN will present encore episodes of the week’s top FBN Prime programs. Each week, the network will feature a different iteration of the most popular shows from 8-10 PM/ET.

Upon the launch of the new FBN Prime programming slate, Kennedy, hosted by Lisa “Kennedy” Montgomery will move to 7 PM/ET Monday through Thursdays while the network’s Friday night programming, featuring Maria Bartiromo’s Wall Street (Fridays at 8 PM/ET), WSJ @ Large with Gerry Baker (Fridays at 8:30 PM/ET) and Barron’s Roundtable (Fridays at 9PM/ET) will remain in place.

FOX Business Network (FBN) is a financial news channel delivering real-time information across all platforms that impact both Main Street and Wall Street. Headquartered in New York — the business capital of the world — FBN launched in October 2007 and currently ranks among the top business channels on television. The network is available in nearly 80 million homes in all markets across the United States. Owned by FOX Corporation, FBN is a unit of FOX News Media and has bureaus in Chicago, Los Angeles, and Washington, D.C.