Mexican Singer Vicente Fernandez has passed away at 81 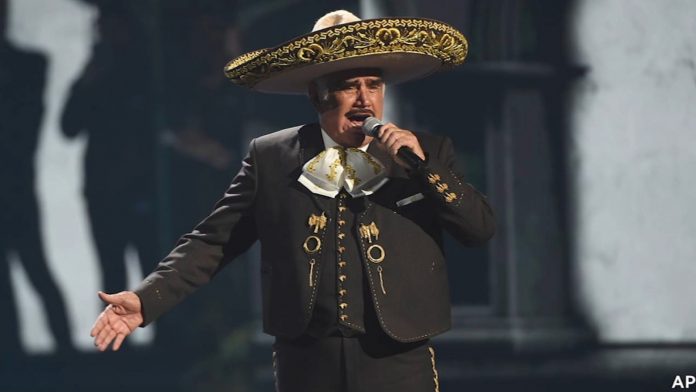 Legendary Mexican singer Vicente Fernandez has passed away at the age of 81.

Fernandez is a staple in Mexican households. It would be common for his music to be blaring through the speakers of a Mexican family’s home on a weekend as they got ready for their weekend.

No funeral details have been announced. Fernandez had been hospitalized for about 4 months following a fall at his ranch. According to NBC News, the singer was also suffering from Guillain-Barré syndrome, which made it difficult for him to recover.

NBC News writes, “His songs of love, heartbreak and masculinity are a staple in Hispanic households. They include the hits “El rey,” “Volver, volver” and “Por tu maldito amor.”

Fernandez has sold more than 65 million albums and has been part of more than 35 films. He is a 3 time Grammy winner, 8 time Latin Grammy winner, and the 2002 Person of the Year according to the Recording Academy. He also has a Hollywood Walk of Fame star he received in 1998.