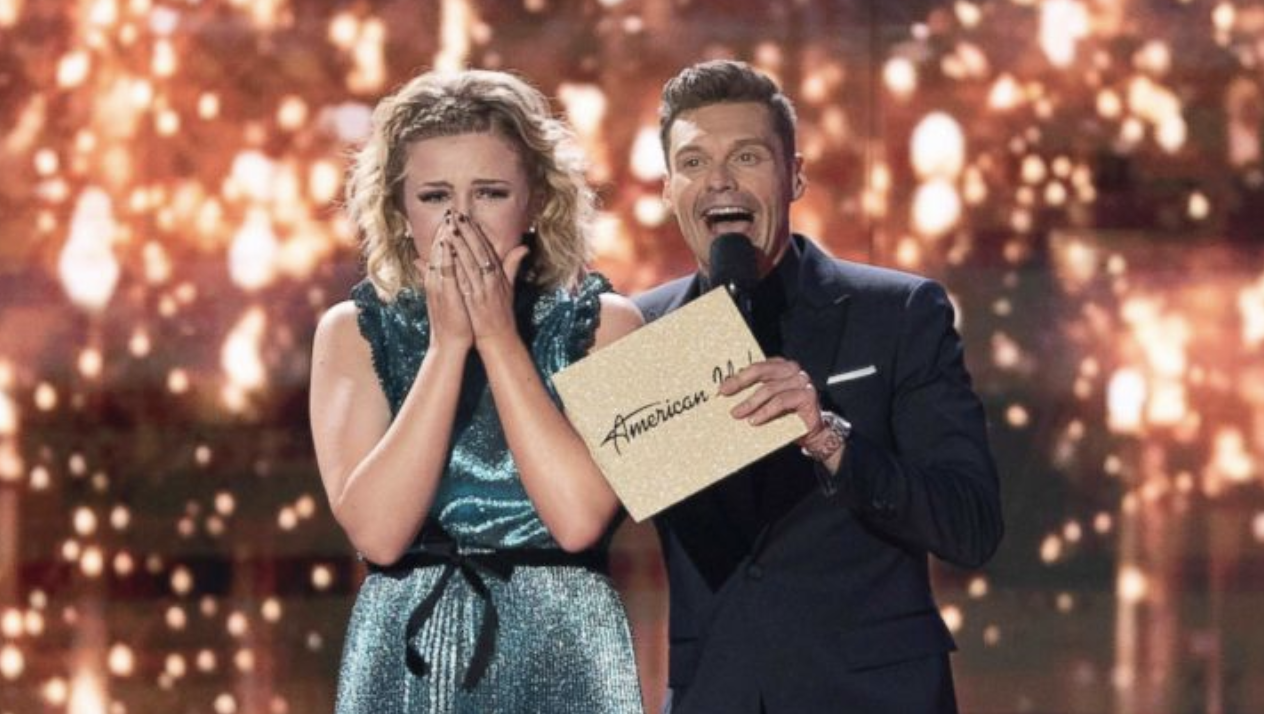 Maddie Poppe appeared on Live! With Kelly and Ryan to talk about winning the 16th season of American Idol. In the interview, Poppe made a revelation.

Poppe turned to Seacrest and said “You’re really bad at hiding the results card!” in which Seacrest jumped up and shouted “WHAT!?”.

According to Poppe, Seacrest held the card very low and Poppe and Caleb Lee Hutchinson (2nd Place) both saw the card. Check out the interview above.