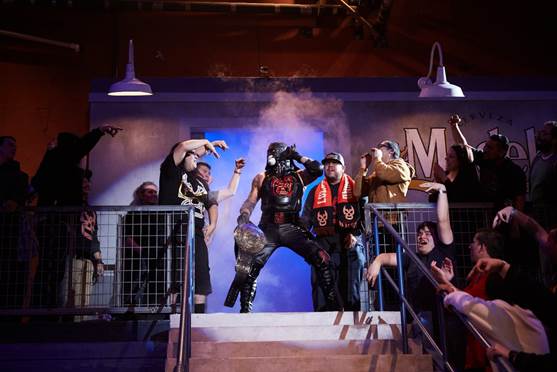 “Lucha Underground” is back for a captivating new season and the matches and the high-flying action is nothing but ferocious and blood-pumping.  With powerful new forces infiltrating the Temple, the outlook for humanity is bleak as the gods march ever closer toward war. A cataclysmic battle is on the horizon and no one will be spared from destruction. Prepare for battle this Wednesday, June 13th at 8:00PM ET on El Rey Network, as Pentagon Dark defends his Lucha Underground Championship for the very first time and Dario Cueto’s fate is revealed!