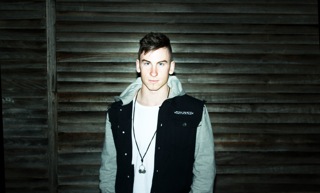 I got to interview Canberra (Australia) DJ Leuky the other day, and I have to admit this was one of my favourite interviews I’ve done and I’m very happy with how it went!

As always, I started with the important questions; (since I don’t really know about how difficult DJing actually is I had to ask) seeing as it took Leuky a good six months trying to figure out how it all worked and watching videos about DJing, I’m assuming it’s not as easy as it looks in ‘Pitch Perfect’.  He just had to get a grasp of the whole concept and then, he was addictive to creating/working on projects.  Leuky got into producing his own stuff after being in a band (which unfortunately fell through).  He plays his remixes at gigs he does in Canberra, which he’s been getting a great response from!

When I asked him about inspirations he mentioned DeadMau5 and Cascade, because they’re trancy and you can get so much feeling and emotion out of their songs, that drew him into this style of music that he wanted to make music like them.  Also a few Melbourne DJs influence Leuky as well.  Yet when the next question (If there was one person you could work with, who would it be?) came up he didn’t answer with either of those names, he didn’t even have to think about it.  If Leuky could meet or even just see Rob Swire he would be happy, so if he got to work with him he’d be ecstatic! (which happens to be the ultimate dream for Leuky’s career, other than an album or DJing at a festival)

Having done quite a few remixes I had to ask which was his favourite, he came up with two remixes that aren’t “official” (aka hasn’t released them on Soundcloud (link) but does play them at gigs getting a great response from the crowd).  Stella – Daddy’s Groove and I Could Be The One – Avicii & Nicky Romaro.  He likes it because it’s got a great break down and the melody is really uplifting.

Again, me being oblivious about what goes on during the production of a song.  Do DJs go into mixing stuff with an idea of what they want to do, or do they wing it?  Leuky has told me that you can tackle it anyway you see fit, whether you’ve heard a song on the radio you would like the mix, or if you want a track to have a specific sound, maybe even just getting into it randomly and seeing what sounds good.  A lot of the stuff Leuky does, he just goes into his room and tries to find a sound and a melody that’s uplifting and other times he’s just gone and wanted to create something people would lose their minds over.  Even just sounds you hear in other remixes can inspire songs you create.

If  he could DJ anywhere in the world, it wouldn’t necessarily be a PLACE but a FESTIVAL/S (Stereosonic around Australia or any festival), although, travelling is something he wants to do.  Anything that would allow him to travel with people he’s admired.  (And performing in front of thousands of people.)

MANAGERS QUOTE: “LEUKY WILL BE GOING TO L.A. IN FEB” – It’s a secret as to why, but keep an eye out for him!

(I’d also like to point out that, somehow, Backstreet Boys came up in conversation and talk of a BSB remix came about, I know what I’ll be requesting for my 20th!)