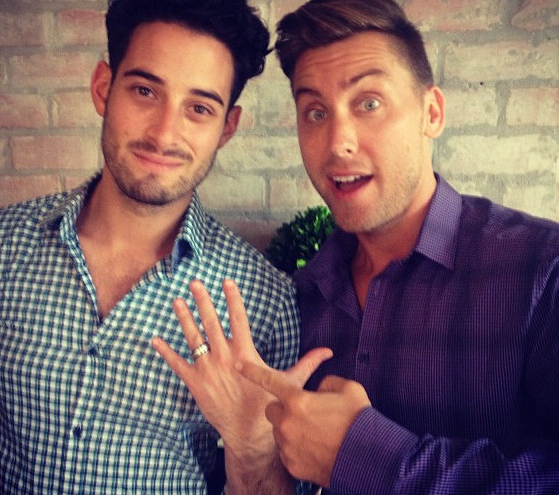 The ‘N Sync singer proposed to artist boyfriend Michael Turchin in New Orleans over the weekend, omg! can confirm.

“He said YES!! Love this man @michaelturchinart,” Bass, 34, shared on Instagram on Sunday.

“Lance has been such a strong advocate for marriage equality on the show, it was about time he put a ring on it,” Drew Pokorny, writer and co-host of Dirty Pop with Lance Bass on SiriusXM, tells omg!.

“Some of his closest friends from Mississippi came to New Orleans to celebrate with Lance and Michael this weekend,” Drew continued. “A bunch of his L.A. friends are here too. So it’s been an all out love fest! Everyone is so happy for them.”

This has been quite the week for Bass!

“For the first time ever I got to perform w *NSYNC as an out entertainer and was thinking of this man the whole time,” Lance posted on Instagram on Wednesday.