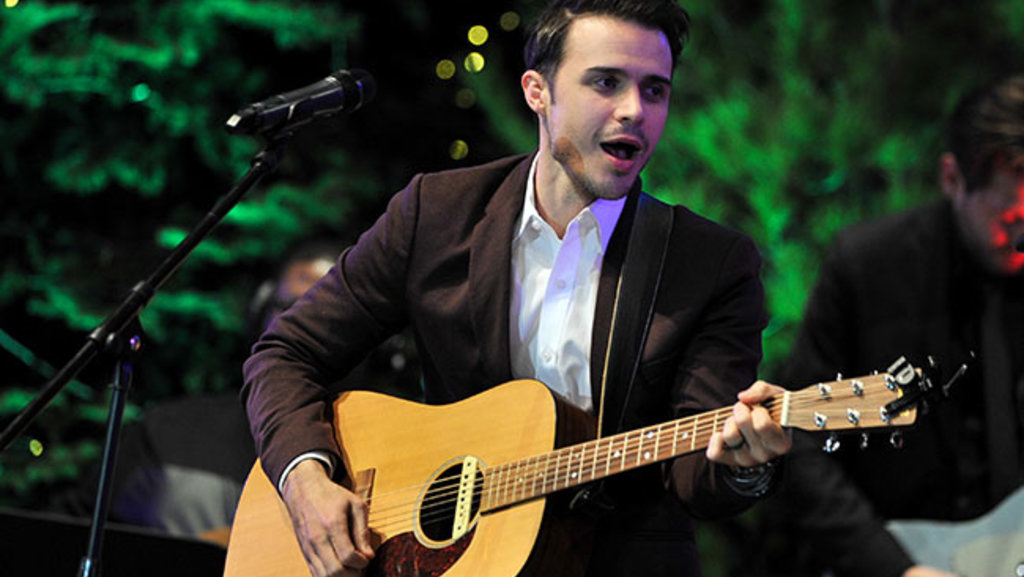 The winner of the 8th Season of American Idol Kris Allen just released his self-titled debut album on Nov. 17, 2009. The first single off the debut album “Live Like We’re Dying” showed what Kris Allen’s album is going to be like. “Live Like We’re Dying” is a very good single to release prior to the album, however it is not what I thought it would sound like at all. After hearing what he did with songs like “She Works Hard For The Money” and “Heartless” (Idol live), I was expecting more of an acoustic, singer/songwriter sounding album, similar in style to Jon Foreman.

The album has a very ‘Pop’ feel, with a few slow tempo piano songs like “I Need To Know” and “Lifetime”. All in All it is a very good debut album when it comes to Idol winners. It is difficult to compare this release to that of previous Idol winner David Cook because they have two completely different sounds. David Cook, of course is very Rock based in contrast to Allen’s sound but it remains an impressive debut for Allen.

There is a song on the album that will make you want to dance. “Before We Come Undone” is an amazing dance track. It will make you stand up and shake your booty…if you really, really must! This is thanks, at least in part to the very catchy chorus, but you’ll have to purchase to find out what, exactly it sounds like!

Just Cause you Say its so doesn’t make it so, I don’t show what I am feeling for you. I’d rather shut my mouth then spill it out when it’s written all over my face is the lyrical hook in “Written All Over My Face”. This song will make you want to move as well as it is a really up tempo number. Allen talks about how it is much easier for you to read his face then to for him to express what is on his mind, because expression would get lost in translation.

“Alright With Me” which is driven by an acoustic sound is a track indicative of what many expected Allen’s debut to be based around, but instead is an exception to the rule. In what seems to be a recurring theme on the album though, it is also a dancefloor number.

As you would expect from an Idol winner, Allen’s vocals are outstanding throughout the entire album, but that doesn’t mean that every track is a winner, and there is significant room for improvement. I would not have placed the version of “Heartless” that they decided to go with on the final cut. It seems they wanted to make Heartless match the tone of rest of the album, but they fell short of their goal and completely ruined it. If they had put Kris in the studio with just him, his guitar, and some light acoustic percussion, then we would have had a great song…. but they failed unfortunately, which really left a bad taste in my mouth as regards the production.

Well, despite some weaker points I strongly encourage you all to go out and purchase the debut album. Look out for future interviews similar to my interview with Riley’s front man Spencer Alfonso. Please send me emails at rjp@multimediamouth.com .