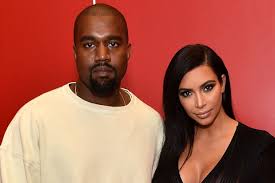 Kim Kardashian and Kanye West aren’t committed in matrimony … but they ARE committed in 11 million (and one) other ways — TMZ has learned the duo just bought an $11 MILLION MANSION!

Sources close to K & K tell TMZ … the future parents will be the proud owners of a 10,000-square-foot pad in an über-private, gated community in Bel Air, CA.

Kim and Kanye made the deal a few weeks ago … and they’ve already gutted it and are designing a 14,000-square-foot dream home in its place.

The new home will be an Italian-style villa  … with a gym, movie theater, full hair and makeup salon, bowling alley, basketball court, indoor and outdoor pool … oh and probably a baby nursery. Just a hunch.

Not included … a wedding date.  We’re told there are no plans.

My Thoughts: It seems like Kyme are going to be around for at least the now. The two show no signs of breaking up after they have this kid, and well, buying a house proves it. Kim obviously did things oddly – You’re supposed to knocked up by the guy you married, not the guy you cheated on. C’mon Kim!