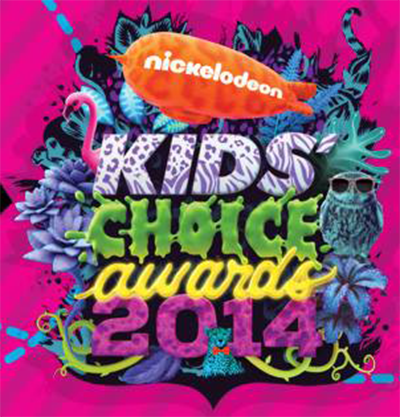 The Nickelodeon Kids Choice Awards 2014 took place at the Glen Center in Los Angeles on Saturday, March 29. Mark Wahlberg hosted the show, and ended up getting slimed with the help of Kevin Hart and his three kids. During the show, fans were able to vote online whether Cody Simpson, Austin Mahone, or both of them should get slimed. The choice of both of them won. Producer Dan Schneider, who created shows such as Zoey 101 and Sam & Cat, won the first ever lifetime achievement award. Stars such as Selena Gomez and Ariana Grande took home awards. Frozen, which recently passed Toy Story 3 as the highest grossed animated film, won an award, which Kristen Bell happily accepted.

Take a look at all the winners here!

Favorite Voice from an Animated Movie: Miranda Cosgrove (Despicable Me 2)

Favorite Song: “Story of My Life” by One Direction