Kelly Rippa is filming from paradise amid Coronavirus lockdowns 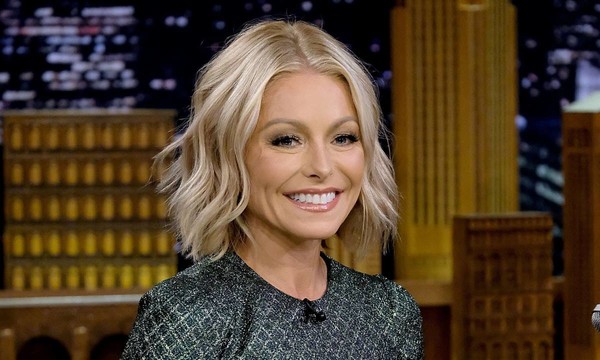 Long time host of ABC’s Live with Kelly & Ryan Kelly Rippa has been filming her show from the Caribbean, according to Page Six. Rippa is filming from Paradise while her co-host, Ryan Seacrest, had to take time off after he “suffered from exhaustion”, on ABC’s American Idol.

According to the report, Rippa and her husband (Mark Consuelos) took their three kids to the Caribbean in March, before the stay-at-home orders went into effect. The celebrity couple made the decision to keep their family in the Caribbean.

While Rippa has been locked down in paradise, she has had a rough time adjusting to the “new normal”. Rippa broke down into tears when she opened up about her “rough time” on air. She stated that she’s been locked down with her three children who refuse to hug her. “I’m like, ‘Guys, we’ve all been on lockdown together. We’re fine, you can give me a hug,” she said. Rippa and Consuelos have donated $1 Million to Covid-19 relief efforts.

Seacrest took a day off from his duties on Live! after he slurred his words on American Idol’s finale last Sunday. Fans of Seacrest and Idol took to Twitter to ponder if Seacrest had a stroke live on air. Seacrest not only slurred his words but one of his eyes swelled up, which is a sign of a stroke. Seacrest claimed via a representative that he was suffering from exhaustion amid hosting 4 live shows from home.

“Ryan did not have any kind of stroke last night,” his rep said in a statement Monday, provided to CNN and People. “Like many people right now, Ryan is adjusting to the new normal and finding work-home balance, with the added stress of having to put on live shows from home.”

“Between ‘Live with Kelly and Ryan,’ ‘American Idol,’ ‘On Air with Ryan Seacrest,’ and the Disney Family Singalong specials, he has been juggling three to four on-air jobs over the last few weeks and he’s in need of rest,” the statement said.