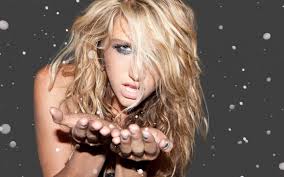 Ke$ha reached out to fans from rehab on Tuesday.

The singer is currently receiving treatment for an eating disorder at a facility near Chicago, with her mom saying Ke$ha thought about killing herself over her issues.

She last tweeted on New Year’s Day, but on Tuesday, someone identifying him or herself as Ke$ha’s friend wrote from the pop star’s account.

she says "THANK YOU. SOOO MUCH. I'm overwhelmed to tears by all of the love, letters, and support!! I'll be back soon and better than ever

ohhh and she can't believe Timber is still number one! "Fck YEAH animals! PARTY ON!!!!"