Kate Upton is Model of the year 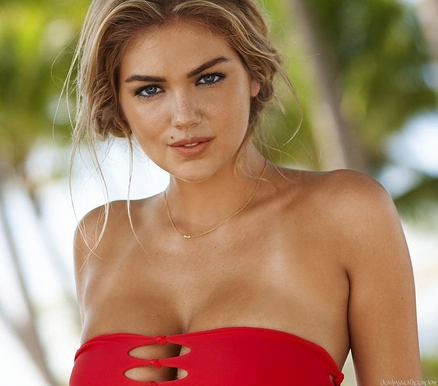 has officially been crowned 2013’s Model of the Year. The Sports Illustrated model will accept the honor Wednesday at the 10th Annual Style Awards, E! News

She also appears on Vanity Fair

, and gives an interview in which she defends the work ethic of American females!

“I’m not going to name names, but one agency told me, ‘You’re too American, and everybody knows American women are lazy,” she told the magazine. “I was so offended! I’ve never been so offended! I was like, ‘You know that you’re in America, right?’ And it wasn’t ‘American models’—it was ‘American women are lazy,’ period! I feel like a lot of women would disagree with that. A lot!”

Upton shot to fame in 2012 with her first Sports Illustrated Swimsuit Issue cover and she graced the cover for a second time this year.

and film a role for the Cameron Diaz

film The Other Woman.

The 10th Annual Style Awards will be broadcast on CNN Wednesday at 7/6c.