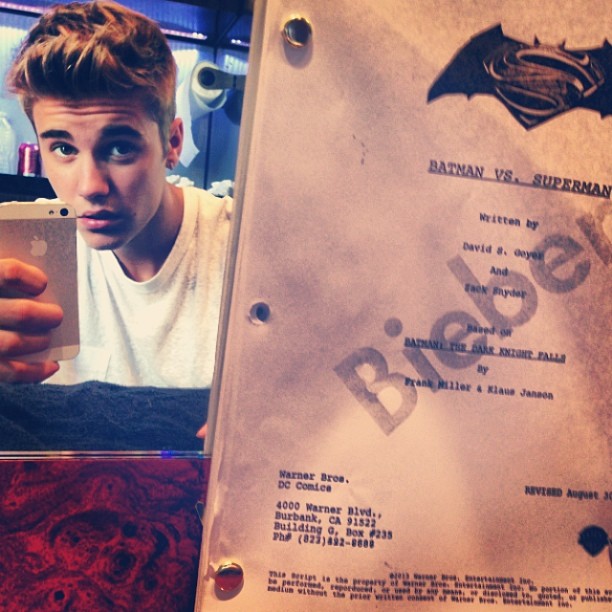 Justin Bieber recently posted a photo on instagram of him holding a script for Batman Vs. Superman, causing Beliebers to go crazy. However, earlier he tweeted “Off to do something funny or…die :)”, so everyone is left questioning whether the script is about Justin filming for Funny or Die (for the second time), or a movie. The script matches writer David S. Goyer and director Zack Snyder on IMDB. Justin’s name is not listed, but it is still a possibility he will act in the movie set to release in 2015. Either way, Beliebers are excited about Funny or Die and the Believe movie!