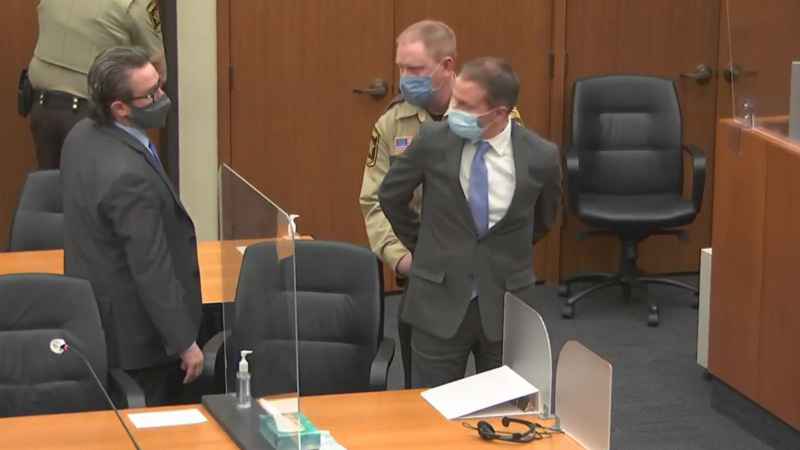 After 10 hours of deliberation, the jury in the Derek Chauvin trial has come back with a verdict. Chauvin was charged in the death of George Floyd.

On Tuesday, the jury in the case declared they found former Minneapolis Police Officer Derek Chauvin guilty in all three charges against him. Chauvin was charged with second-degree murder —unintentional, while committing a felony; third-degree murder; and second-degree manslaughter,” according to the Wall Street Journal.

The judge also set the sentencing date to be 8 weeks from today.

After the jury announced their findings, the judge revoked Chauvin’s bail and remanded him into custody. On the courtroom livestream you could see Chauvin being taken into custody.