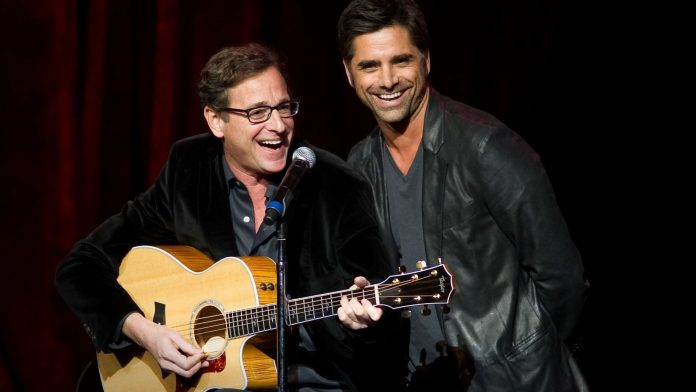 John Stamos and Bob Saget have been best friends since the 90s. Stamos last saw Saget a month before his death and says something was “odd” about Saget.

“Bob was always worried about everyone else, but he talked about death a lot,” Stamos told the Times. “His wife, Kelly Rizzo, said she had a premonition. I didn’t see it. The last time we were all together, we went on a double date to Nobu, maybe a month before he passed away.”

Stamos continues, “didn’t look like a guy who was going to die, but he was very calm, which was odd for Bob.”

“He was at peace somehow,” Stamos explained. “And he listened and he was thoughtful and didn’t interrupt; he cared about what we were saying. I hate to say it, but it was the Bob that I always wanted to see. And it was the last time I saw him.”

Saget was found dead a month later in his hotel room in Orlando, Florida.