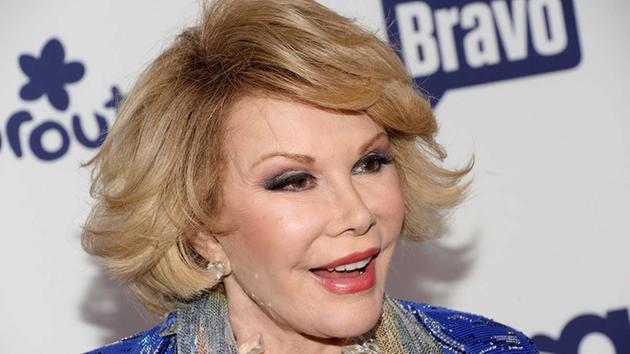 She apparently stopped breathing during a medical procedure at another location on the Upper East Side.The New York City Fire Department transported a woman matching Rivers’ description to Mt. Sinai Hospital after receiving a call that the woman was in cardiac arrest at Yorkville Endoscopy, a source said. According to TMZ, the 81-year-old comedian was undergoing throat surgery. In addition to the E! TV show, Rivers continues to do stand-up comedy. According to Ticketmaster, she had seven shows planned across the U.S. for November. Rivers was scheduled to appear at the Count Basie Theatre in Red Bank NJ at 8 p.m. on Friday.