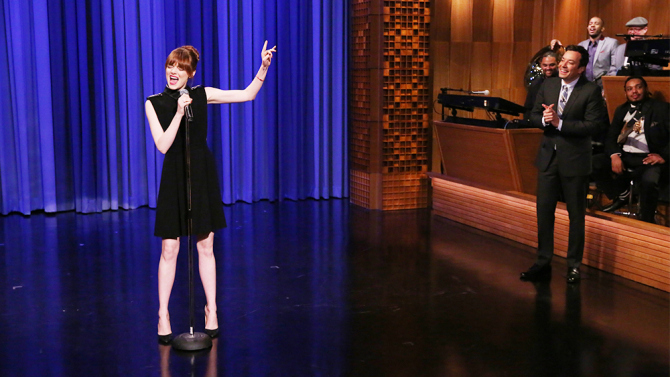 In an interesting turn of events, Jimmy Fallon announced that his segment called “Lip Synch Battles” has been picked up by Spike TV as a series.

Fallon will be appearing on the show that has celebrities lip synching in battle form. Production Company Eight Million Plus is the company producing it.

Spike ordered 10 half episodes that will begin airing in April.

“Lip Sync Battling is one of the coolest things happening in pop culture right now and already has a huge fan base thanks to the amazing talent involved,” said Casey Patterson, exec vice president of talent development and production at Viacom Entertainment Group. “We’re thrilled to be in business with producers as talented as Jimmy, John and Stephen as Spike broadens its programming in new and exciting ways.”