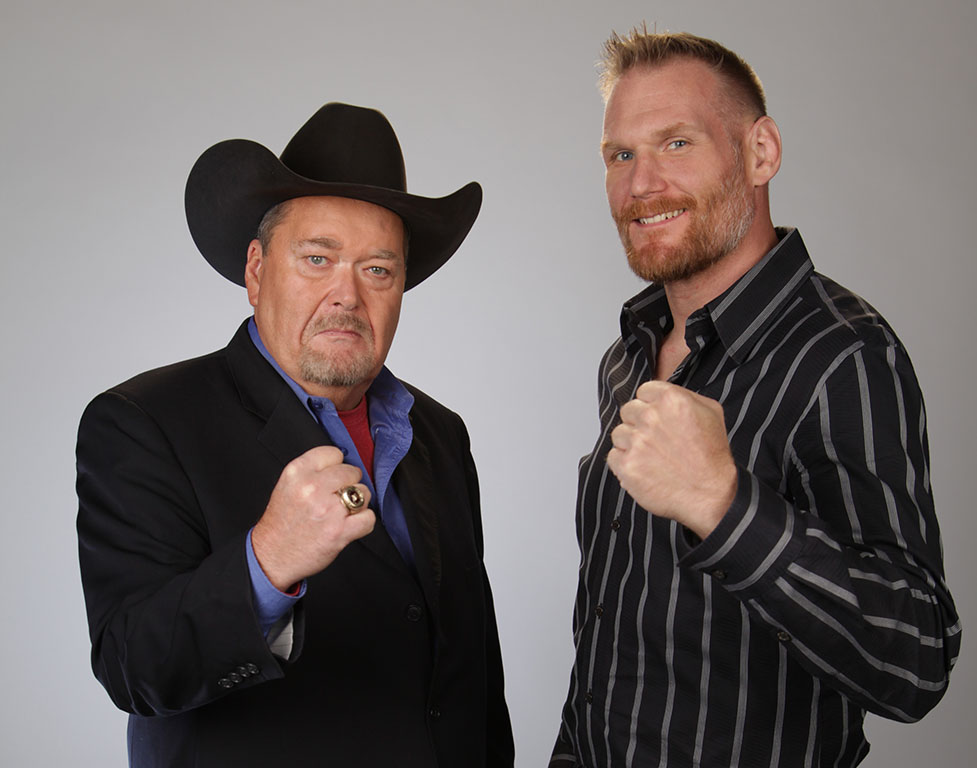 One of the most recognizable figures in pro wrestling, Ross has called thousands of televised events over the course of his 30-plus-year career and has lent his iconic voice to NJPW on AXS TV since 2016. Along with his beloved catchphrases, Ross is widely regarded for his influence on the wrestling industry, as evidenced by his induction into the WWE, NWA and National Wrestling Halls of Fame. Ross continues to share his love of wrestling in his popular podcast “The Ross Report” and his new memoir “Slobberknocker: My Life in Wrestling.”

A former UFC Heavyweight Champion and veteran wrestler, Barnett has provided expert analysis for NJPW on AXS TV since the series debuted in 2015. Barnett’s storied combat sports career is highlighted by multiple headlining and title fights in the UFC, Strikeforce, PRIDE and Pancrase. His wrestling background includes competing for heavyweight belts in NJPW, Inoki Genome Federation (IGF) and TNA. He has also trained extensively with some of NJPW’s biggest stars and currently coaches his own team of pro wrestlers and MMA fighters in Los Angeles.

“Together, Jim Ross and Josh Barnett form one of the strongest and most unique commentary teams in pro wrestling,” said Simon. “J.R.’s experience is second to none and his iconic voice provides a captivating soundtrack for NJPW, while Josh’s career in both pro wrestling and combat sports allows him to add compelling depth and combatant’s perspective to the action.”

“I’m excited to be returning to AXS TV,” said Ross, ”and with my partner Josh Barnett we look forward to another exciting year with AXS TV and their NJPW programming. NJPW has some of the finest athletes in the world performing for them and it’s an honor to be able to add a narrative to their bouts.”

“I love being a part of the growing New Japan Pro Wrestling expansion into the U.S.,” said Barnett,” and with more shows to come, I am ready to roll up my sleeves, bust out a few hundred squats, and get to calling the best wrestling action in the world.”