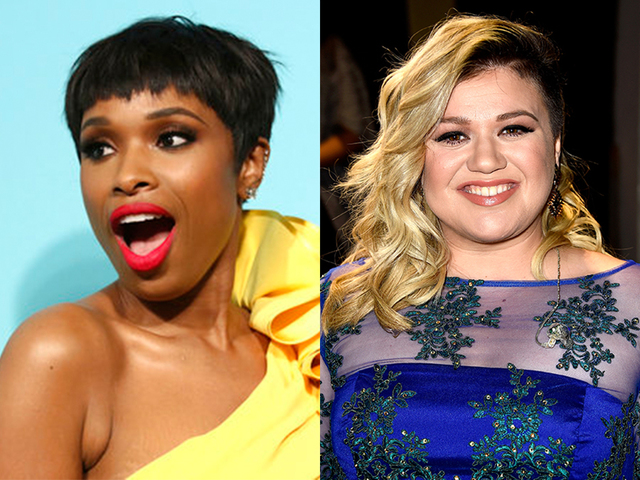 The Voice is fighting hard to compete with the newly revived American Idol.

UNIVERSAL CITY, Calif. – May 11, 2017 – Global superstar and three-time Grammy Award winner Kelly Clarkson is set to join NBC’s “The Voice” for the show’s 14th season. She will be joined by fellow coaches Blake Shelton and Adam Levine on the network’s three-time Emmy Award-winning series.

A fourth coach will be named at a later date.

“I’m so excited to join ‘The Voice’ at NBC,” Clarkson said. “We’ve been going back and forth with them for years on joining their team and the timing hasn’t been right until now. Ever since NBC and I worked together on my Christmas special years ago we have established an amazing relationship and I have always loved coming on to either mentor, or perform on The Voice over the years. I can’t wait to turn my chair and see the faces of up and coming artists that I may be able to help get that push and support they’ve been needing to break into this industry. Watch out Shelton… I’m comin’ to win!”

“Kelly has been a part of ‘The Voice’ family for many years as an adviser and performer. We are thrilled she has chosen to join us as a coach to mentor the next generation through our unique vocal boot camp,” said Paul Telegdy, President, Alternative and Reality Group, NBC Entertainment. “Every time Kelly Clarkson sings you are reminded what an incredible voice really is. We are looking forward to the sound of Kelly Clarkson on ‘The Voice.’”

On Wednesday multi-award winner Jennifer Hudson was named as a coach for the 13th season of “The Voice,” which will air in the fall. She will be joined by Miley Cyrus, Blake Shelton and Adam Levine.

A longtime fan of “The Voice,” Clarkson, who crosses many musical genres, including rock, pop and country, served as an adviser to Blake Shelton’s artists during the show’s second season. Clarkson and Shelton would go on to collaborate on the single “There’s a New Kid in Town” on his “Cheers, It’s Christmas” album.

Clarkson’s 2011 release, “Stronger,” was certified Platinum by the Recording Industry Association of America (RIAA), won the Grammy for Best Pop Vocal Album, and produced the smash singles “Mr. Know It All” and “Stronger (What Doesn’t Kill You),” which mark her ninth and 10th Top 10 hits. “Stronger (What Doesn’t Kill You)” was #1 on Billboard’s Hot 100 chart for two consecutive weeks (three weeks total), marking her third #1 on the Hot 100 chart. In 2013, she released her first holiday album, “Wrapped in Red,” which debuted at #3, was the biggest holiday album debut for a female artist since 2010, and is certified Platinum.

Clarkson is currently in the studio working on her highly anticipated new album, her first for Atlantic Records, which will be released later this year. The album will draw from the inspiration of soul and R&B as the foundation to her endearing lyrics and powerhouse vocals. Clarkson also recently released her first children’s picture book, “River Rose and the Magical Lullaby,” which debuted at #7 on The New York Times Bestsellers list for children’s picture books.

The 13th season will begin this fall.

“Jennifer is an extraordinary vocal talent and one of the premier voices of our time. She embodies the experience, expertise, positivity and sheer talent that “The Voice” stands for,” said Paul Telegdy, President, Alternative and Reality Group, NBC Entertainment. “Her exceptional skills as a singer and actress have extended to film, television and Broadway, which makes her an incredible addition and a natural fit for our show.”

Hudson recently released her new single, “Remember Me,” which she co-wrote with Jamie Hartman.

Hudson is a passionate fan of “The Voice” having served as a coach on the U.K. version earlier this year and winning her first season on the series.

Last December Hudson starred as Motormouth Maybelle on NBC’s “Hairspray Live!,” where she gave a powerful rendition of “I Know Where I’ve Been,” for which she received rave reviews.

In May 2016 Hudson completed her triumphant run in the acclaimed revival of “The Color Purple,” performing the role of Shug Avery in her Broadway debut.

She won an Oscar, Golden Globe, SAG and BAFTA Award, among other honors, in 2007 for her iconic performance as Effie White in the hit film “Dreamgirls.” Her sensational rendition of the song “And I Am Telling You I’m Not Going” was greeted with instant acclaim by film critics and moviegoers alike and made Hudson the immediate frontrunner for Best Supporting Actress.

Following “Dreamgirls,” Hudson has co-starred in such films as “Sex and the City,” “The Secret Life of Bees” and Spike Lee’s “Chi-Raq.” Her TV credits include NBC’s “Smash,” Fox’s “Empire” and HBO’s “Confirmation.”

Hudson’s incredible vocal talents were first recognized with her appearance on the third season of “American Idol” in 2004, where she impressed both the show’s judges and a national TV audience. Her first album, “Jennifer Hudson,” debuted at #2 on the Billboard 200 Chart and sold more than 500,000 copies in the U.S. through its first six weeks of release before being certified gold. The album was nominated for four Grammys and won for Best R&B Album