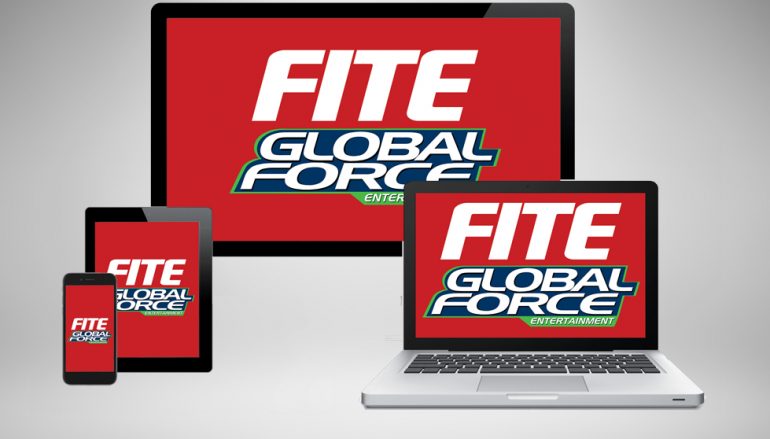 The recent WWE Hall of Fame inductee takes to the stage at the Sheffield Theatre to talk through his legendary career, focusing on some of the most controversial moments in wrestling history including WWF, WCW, AAA and the creation of TNA. Jarrett not only will give fans the inside story about his 30-plus years in the business, but he will take questions from fans in attendance as well as through the Chat feature on the live presentation on FITE.

FITE is available as a free mobile app on iOs and Android mobile devices, on the web at www.FITE.tv and on Roku, Apple TV and Android TV boxes. Its programming content features pro wrestling, boxing, MMA and kickboxing.

The Jeff Jarrett: Ain’t He Great! Tour will be hosted by “Inside The Ropes” host Kenny McIntosh, the preeminent authority on all things wrestling. The tour is promoted locally in the United Kingdom by Hooked on Events with Event Merchandise handling the official merchandiser responsibilities.

“I’m thrilled and a little nervous about this tour,” Jarrett said. “I have never had an opportunity like this to spend this kind of time with my fans telling them the stories behind my career. I’m sure there will be a lot of emotions dredged up on this tour, but this should be a lot of fun.”

McIntosh expects the event to be no holds barred.

“Jeff Jarrett is one of those rare breeds in wrestling. Rising from his father’s shadow to achieve fame as a successful international superstar to promoter trying to challenge the system,” McIntosh said. “His story is untold. There’s no bigger excitement than trying to graze the surface of, genuinely, one of the most fascinating stories in pro wrestling history.”

FITE and GFE announced on Monday through their collaboration that FITE will be the home for Starrcast, the mega-podcast event in connection with the “All In” wrestling event outside Chicago in September.

“We are excited to be the exclusive home for Jeff’s show. Through the FITE platform fans will have the opportunity to hear behind-the-scenes stories from Jeff’s wrestling world and also have a totally interactive experience,” FITE COO Michael Weber said. “This is another great exclusive event that Jeff has created through his Global Force Entertainment organization for FITE.”