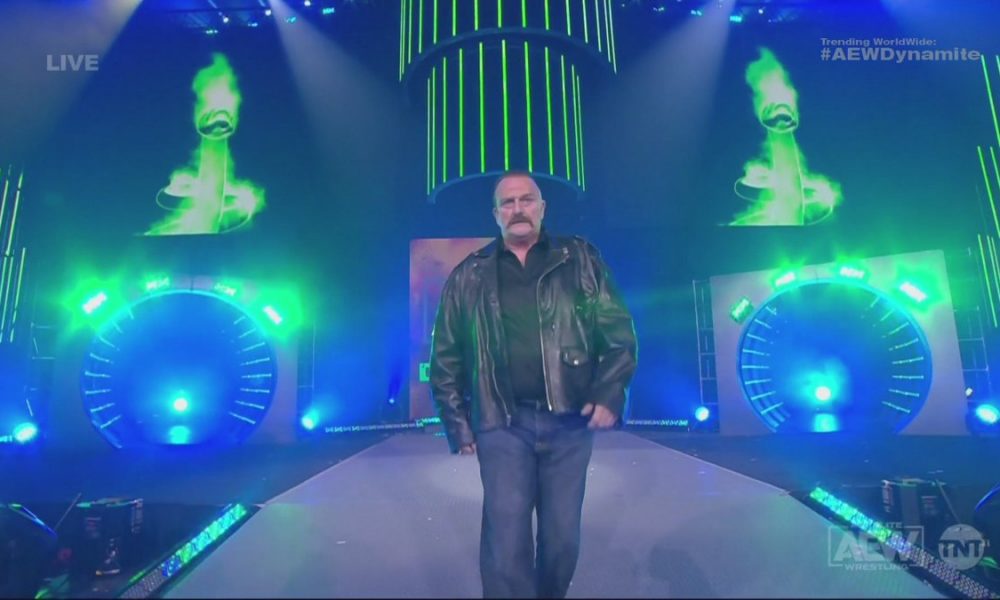 WWE Hall of Famer and current All Elite Wrestling manager Jake “The Snake” Roberts has signed a 2 year extension with AEW.

Roberts announced the news on fellow Hall of Famer Diamond Dallas Page’s Youtube channel. SEScoops reports that Roberts said “When I originally signed with [AEW], it was for a ten week deal. At eight weeks, [a guy] comes along with some papers, ‘You need to sign these.’ I’m like, ‘What for?’ ‘Well it’s your contract.’ ‘Dude, I’ve only got two weeks left.’ ‘No, you got another year.’ ‘What?’ And then just a few weeks ago, I buzzed Tony, I said, ‘Hey, I’ve got four weeks left. What do you want me to do? I need a notice so I can start setting up my stuff’ and he says, ‘We need to sign another piece of paper’ and I signed again and then after I signed it, I found out that it wasn’t for a

Roberts is paired with Lance Archer on AEW Dynamite.