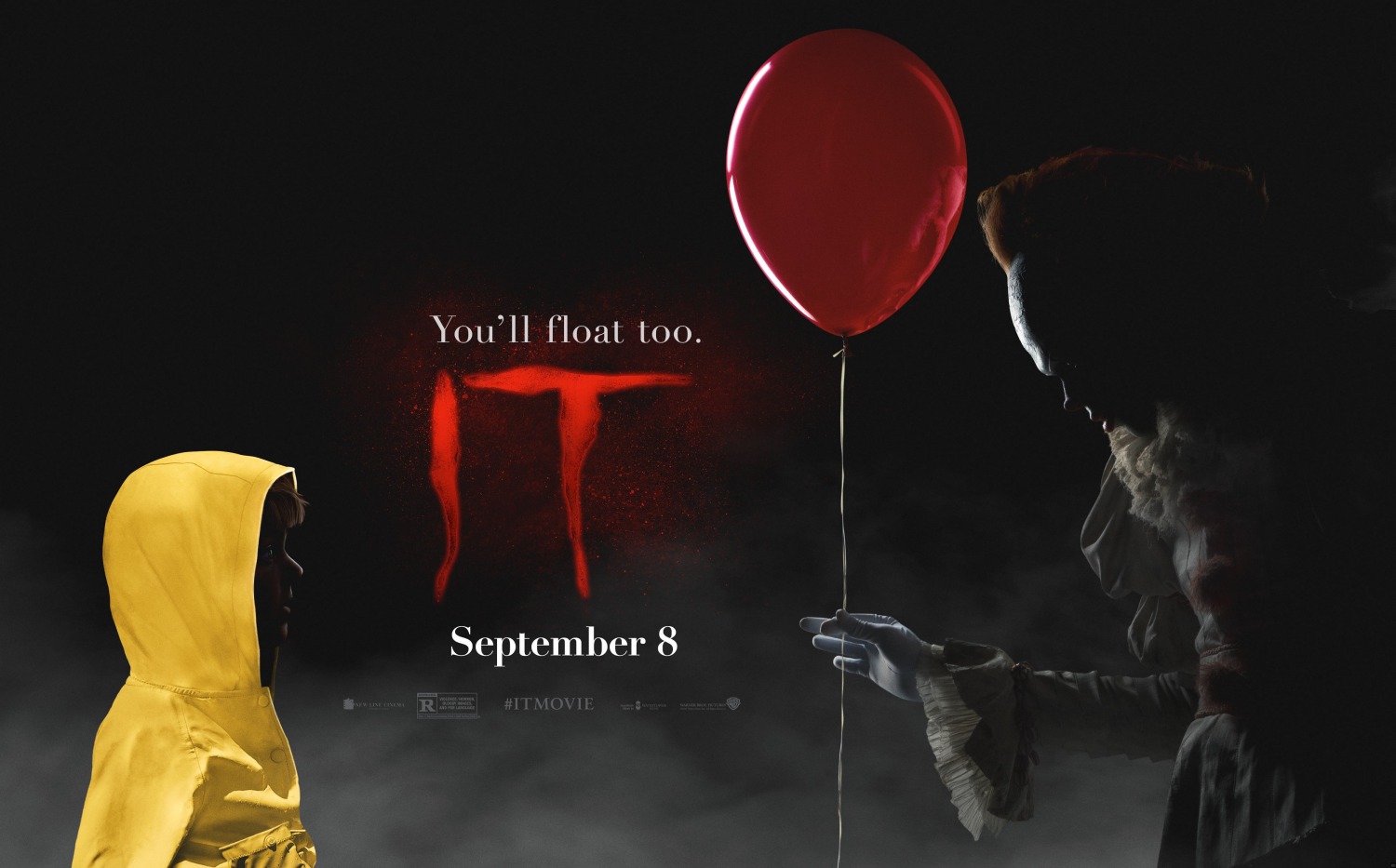 As a huge coward who has been generally soured on horror movies by more recent films that seem to only function as vehicles for as many jump scares as possible, I was a bit conflicted about going to see the new IT incarnation, despite having enjoyed the older mini-series recently. I would definitely say I was pleasantly surprised, and would compare it to this commercial that showed before the movie: unnerving, alien, and hilarious.

Two of the biggest changes that the 2017 movie uses to its benefit are its R rating and improved computer graphics for special effects. The miniseries’ practical effects, while dated, aren’t too bad with the exception of the werewolf and It’s form at the very end, but the frightening digital effects in the new movie are almost a world apart. This fact combined with the R rating means that rather than having a lot more of the gruesome action take place off screen, everything can be shown in all its horrifying glory. The R rating also allows the movie to explore some of the more mature themes of the work more directly than the miniseries, such as the sexual nature of Bev’s story. While there were a few jump scare moments, a lot of the elements of horror came from the imagery and the sense of being preyed upon. The movie excelled at these moments and at presenting a tense atmosphere, especially with its camerawork and the reactions of the kids, although funnily enough the most horrified reaction from the audience was in response to a graphic close-up of a broken arm.

Of course, the biggest change was the portrayal of the eponymous It, which usually appears as Pennywise the dancing clown. Bill Skarsgård himself has commented in interviews on the importance of trying something different because of how well-received Tim Curry’s performance was, and I’m personally glad that he went for a different interpretation. While Curry’s Pennywise could be boisterous and charismatic, Skarsgård’s was distinctly more unsettling and alien. It’s the difference between an It that could turn from something human into something monstrous and an It that, while it has a deep understanding of how humans work, is merely trying to imitate what It thinks of as human traits, and it comes off as much more creepy. I was most relieved that Pennywise remained as malicious and mean-spirited as ever, enjoying Its torment of the Loser’s Club and relishing the fear and suffering that it caused them. Curry’s clown was more verbal in Its abuse of the kids, but it’s clear that despite Its inhuman nature Skarsgård’s It enjoys Its more hands-on approach just as much, although I’m curious how much will change in regards to Pennywise’s taunting of the adult Losers in Part 2.

What was most surprising to me was how genuinely funny this movie was. The old miniseries had its moments from Richie and even Pennywise, but Finn Wolfhard of Stranger Things fame and the writers of the 2017 version had our entire theater laughing from start to finish. Most of it consisted of the irreverent and crude humor that one would expect from the middle school protagonists, but I’ll admit that I’m not above that kind of immature humor, plus the lighthearted scenes of the Loser’s Club provide a nice contrast to more serious or frightening scenes. It helped highlight some of the more human elements of the work, which are just as important as the obviously inhuman ones.

As for complaints, what little I have are a bit nit-picky and/or might not be relevant depending on what changes will take place in the second half. I found it a bit odd that Stan wasn’t representing as being a strong believer in reason over the fantastical, which could affect a number of events in the second half, and I found it a bit strange that Ben is the one given the role of “town historian” rather than Mike. I was also a little disappointed that Bill wasn’t as obviously a storyteller as he was in the miniseries, as I rather liked the transition of him telling fantasy stories to his friends before the incident with Pennywise to him becoming a horror novelist in the second half. Similarly, I found it a bit strange that the “You’ll float too / they all float down here” exchanges weren’t introduced with Georgie asking if the balloons float, and the “Beep beep Richie” line, while obviously included as a nod to the original novel, seemed a bit strange when given no context.

Of course, there was more that I liked about the movie than I disliked. Those more familiar with the story could appreciate the extensive laying of groundwork for the second part, and I especially liked the focus on the sinister nature of Derry itself and the grim acceptance and passivity of its denizens. Granted, I’ve only seen the miniseries and haven’t had the pleasure of reading Stephen King’s original work, but I thoroughly enjoyed this version of IT just as much as the miniseries, if not more. It’s a shining example of how a new adaptation can differentiate itself from the original and still be a good work, and I, a person who generally does not enjoy horror movies, am anxiously awaiting the second part.