iHeart Radio to have Awards 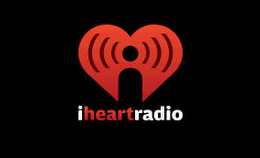 NBC and CCM+E will partner to televise the first-ever iHEARTRADIO MUSIC AWARDS MAY 1st (8-11p ET/PT) from the historic SHRINE AUDITORIUM in LOS ANGELES.

The three-hour iHEARTRADIO MUSIC AWARDS will showcase this year’s biggest artists and songs and feature live performances, never-before-done duets and collaborations, celebrity guest appearances and live award presentations. The show, which will feature performances from other LOS ANGELES venues, will also broadcast and stream live the audio across all participating CLEAR CHANNEL radio stations and their websites, and on iHEARTRADIO.

“Collaborating with a company that has the global reach of CLEAR CHANNEL allows us to interact with music fans all over the world,” said NBC ENTERTAINMENT Pres./Alternative and Late Night Programming PAUL TELEGDY. “We feel fortunate being on the ground floor of the iHEARTRADIO MUSIC AWARDS, which will deliver an array of great performances from today’s biggest stars.”

“With a reach of more than 240 million people every month, CLEAR CHANNEL has an unparalleled ability to identify and track the biggest artists and songs in the country,” said CLEAR CHANNEL Pres./Entertainment Enterprises JOHN SYKES. “The iHEARTRADIO MUSIC AWARDS will be the first awards show in history to reflect America’s favorite music, and which is truly powered by the people.”