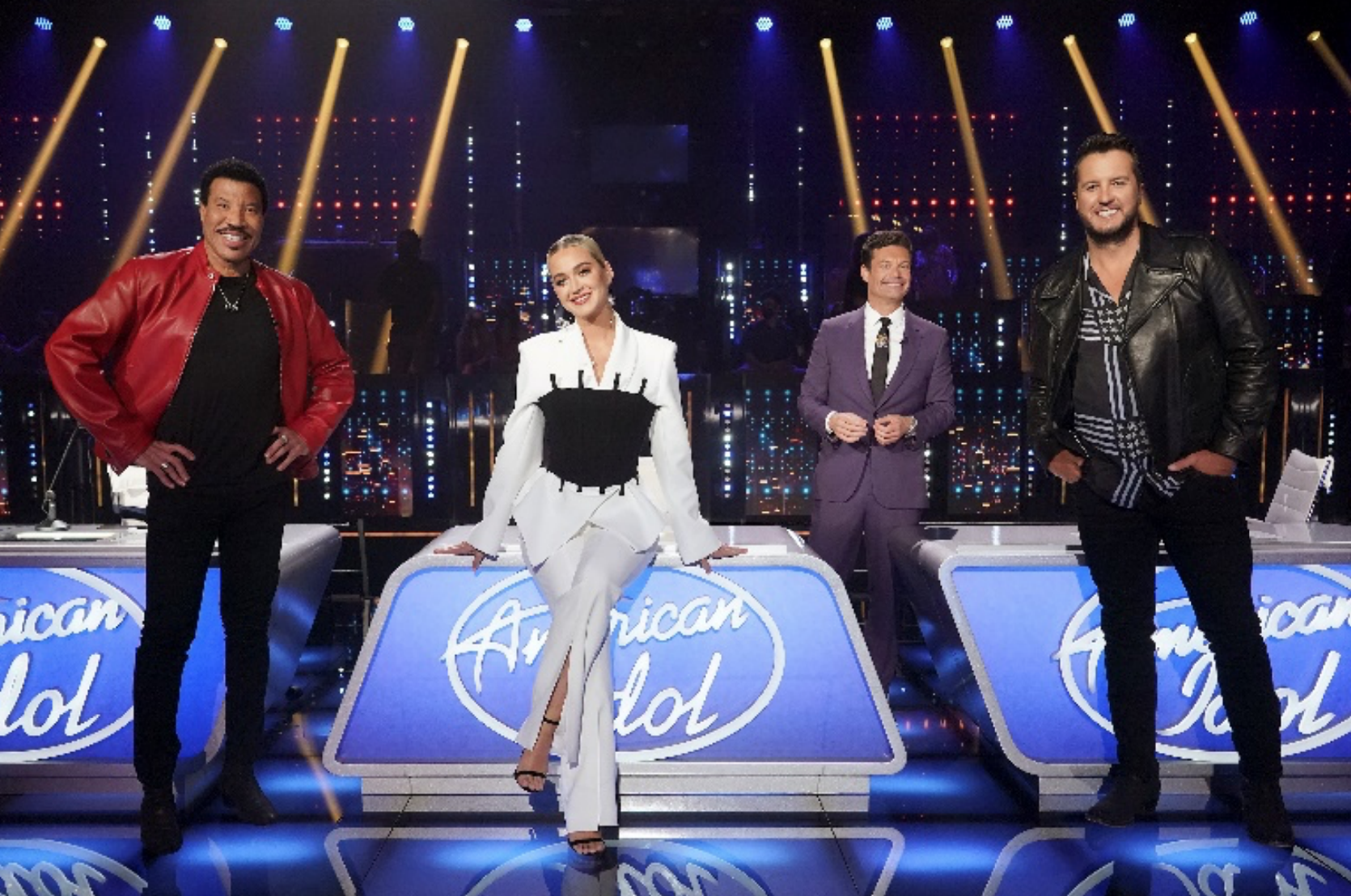 This season of American Idol marks the 5th season of the show on ABC and the 20th overall. ABC released the following information on the show and upcoming auditions.

The iconic star-maker competition series “American Idol” welcomes back music industry legends, judges Luke Bryan, Katy Perry and Lionel Richie, and veteran host Ryan Seacrest to help discover America’s next singing sensation for a fifth season on ABC, while celebrating the franchise’s historic 20th season overall, when it returns spring 2022. Last season, ABC’s “American Idol” ranked as the No. 1 series in its two-hour time period for the second year in a row among Adults 18-49. In addition, “American Idol” finished among the Top 5 unscripted series last season with Total Viewers (No. 4).

“Luke, Katy, Lionel and Ryan are music and industry icons that have become synonymous with ‘Idol’ on ABC,” said Rob Mills, executive vice president, Unscripted and Alternative Entertainment, Walt Disney Television. “Their star power is unmatched, and their support is a gift to our contestants that have deeply benefited from their wisdom over the past four seasons—and they’re ready to do it again. As we begin a momentous season, I think it’s safe to say this dream team has officially cemented their legacy on ‘Idol.’”

“’American Idol’ is still the original music show that genuinely creates superstars and continues to evolve to allow true artists to succeed in this unique business,” said executive producer and showrunner Megan Wolflick. “The chemistry and passion Katy, Luke, Lionel and Ryan bring is second to none. We couldn’t be more ecstatic that they are returning for this iconic 20th season in search of the freshest new talent that this nation has to offer.”

“We are thrilled that Katy, Lionel, Luke and Ryan will be back to help discover our next American Idol,” said executive producer Eli Holzman, CEO of Industrial Media. “This dream team has selected and guided some of the most talented ‘Idol’ contestants in the history of the series, and we can’t wait to see who they’ll find next.”

Season five auditions will kick off Friday, Aug. 6, with the return of “Idol Across America,” the live virtual nationwide search for the next superstar, taking place across all 50 states plus Washington, D.C. For the second year in a row, “Idol Across America” offers hopefuls the opportunity to showcase their talents face-to-face with an “American Idol” producer, from anywhere in America, across any official audition date for a chance to proceed to the judge audition round of the competition. Last season’s first-ever “Idol Across America” virtual auditions successfully kicked off many hopeful’s “American Idol” journeys, including ABC’s season-four winner, Chayce Beckham.

“Idol Across America” auditions will be held as follows (subject to change):

For information on how to sign up for “Idol Across America” and a chance to virtually audition in front of an “American Idol” producer, please visit www.americanidol.com/auditions. More details on specific dates, full eligibility requirements, submission forms, terms and conditions are available on the website. Contestants must be at least 15 years old to audition and may do so on any “Idol Across America” date regardless of your location.