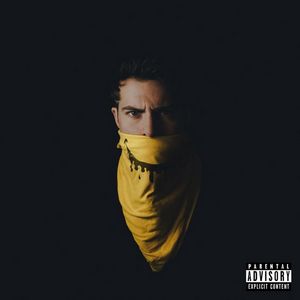 Steven Markowitz, a.k.a Hoodie Allen, is an independent hip hop recording artist. Although he had released many mixtapes between 2009-2012, his first official EP was released in 2012 titled All American. On April 10, 2012, the All American EP hit No. 1 on the iTunes charts within hours of its release. This led to the Cruisin’ USA Tour, where he toured with Aer and Jared Evan, he was also accompanied by G-Eazy at a few of the shows on that tour. In 2014, Hoodie released the album, People Keep Talking, which featured a single with Ed Sheeran “All About It.” From there he went on a the People Keep Talking World Tour with Chiddy Bang and MAX. This eventually led to The Boys of Zummer tour where he co-headlined with Fall Out Boy and Wiz Khalifa.

In 2015, Hoodie Allen shared across his social media platforms that he would be releasing his second studio album, Happy Camper, and that it would be available everywhere, even for free download on his website. Prior to the release of this album, Hoodie Allen released two singles from, Happy Camper, “Champange and Pools” featuring Blackbear and KYLE, and “Are U Having Any Fun?” featuring Meghan Tonjes. As a fan of Hoodie Allen I can honestly say that this is one of his best albums yet. This album has a total of 10 songs, but they are the best fit for this album, here is the track list followed by some of my favorite lyrics from the song.

2. “Are U Having Any Fun?” featuring Meghan Tonjes
“I could be the one you really wanted
Could’ve had it all, but then you lost it”

4. “So Close to Happiness” **
“Big house, don’t really need that
Real love, I’m tryna keep that
Please don’t give up what we got
We’re so close to happiness”

5. “Too Invested”
“All I know is everything is gonna fly away eventually
And I’m trying to find the words to say
To show you what you meant to me”

6. “Surprise Party” featuring Blackbear **
“This ain’t no surprise party
Girl, and you don’t need no invitation”

9. “25th Hour”
“I tell ’em, I’m the original, All-American Hoodie Allen
These other rappers, they do impressions, that’s Jimmy Fallon.”

10. “King to Me”
“When you get down, someone’s gonna steal your crown
But you’ll always be a king to me, and a family.”

**my favorite songs from Happy Camper.
Overall I give this album a 9 out of 10, only because I wish there were more songs to show how far Hoodie Allen has come since his first mixtape. This is my favorite of his, and I am so excited for his Happy Camper tour that kicks off in just a couple of days with openers Blackbear and Super Duper Kyle! I think that I speak for all of his fans when I say that we are all very Happy Campers with this album.
Catch me at his concert in Phoenix on February 14!