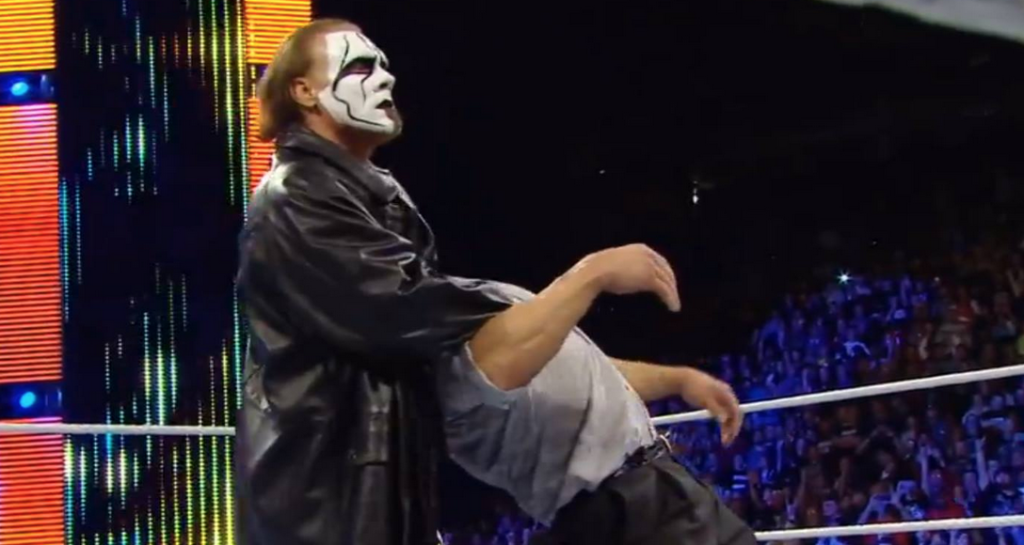 Winners and Losers From Survivor Series

The 2014 edition of Survivor Series came and went with a major bang this past sunday night in St. Louis, wrapping up the biggest storyline of the past 15 months, while leaving many new questions unanswered. Survivor Series has been home to quite a bit of history throughout the years. From the debut of the Undertaker, to the screwjob, to The Rock capturing his first title, it seems like they always save the good stuff for Survivor Series. Well, tonight was no exception, with possibly the biggest debut in WWE history. But for every awesome moment and standout performance, there was a dud segment it seemed. Lets take a look at some of the winners and losers from the 28th edition of the WWE’s november classic.

Mizdow: After what seemed to be an entire year of the company treating Damien Sandow poorly, it seems as if they’re finally realizing what they have here. He has been stealing the thunder from everyone he’s shared the screen with over the last couple months, so to see him get the pinfall and win the tag titles was an awesome moment for him and the fans.

Rollins: Even though he was on the losing end of the final pinfall of the night, Rollins walked away a winner, no question. For the second straight month he has been in the main event of a pay per view, this time opposite Cena. Few would have predicted him to be the breakthrough member of the Shield 6 months after their demise, yet here we are. Even though The Authority lost, Rollins was clearly the most importanr team member, lasting till the end, and dictating most of his teams moves.

Ziggler: The curious case of Dolph Ziggler is puzzling to every wrestling fan. Here they have a guy who is one of the best in ring workers and one of the most athletic guys in history while oozing charisma, yet they seem to refuse to properly book him. Well, tonight that changed (at least just for the night). With Cena getting eliminated after Big Shows 7546th heel turn. Ziggler took the majority of the beating throughout the match, and eliminated the last 3 guys after being put in a 3 on 1 position, which was really more like seven on one once Trips, Steph, and the midget bodyguards got involved. Even though he had his moment outshined by the big ending, Ziggler was the real star of the show.

Sting: Its been 13 years since Sting appeared with a major wrestling company (sorry TNA), but when he walked out at the end of the show, it felt like he never left our minds at all. Rumors ran rampant the day of the show regarding Stings status, but many still had doubts, myself included. However when Sting walked out it was as if a whole wave of nostalgia swept over the show, leaving people excited to see what direction they take Sting in heading into Mania season.

The Authority: Although they ended the night as the biggest losers, in a way they were the biggest winners following the masterful performances of Triple H and Stephanie. The power couple turned in arguably their best performance during this angles run. They do exactly what great heels are supposed to do, they make you want to cheer for the good guys, an artform lost in most of todays product.

Bray Wyatt: Don’t get me wrong I love Bray Wyatt ,but for the love of god can they figure out what to do with the guy? He has only been involved in like 17 matches since debuting last year at Summerslam, and he loses more often than not. So whats the appeal? I like his promos as much as the next mark but there still needs to be more to him for fans to truly get behind em either way.

Tag Division: This might seem hypocritical given my comments on Mizdow earlier, but as a whole, the tag team division is awful. All 4 teams in the match had some sort of hokinesss to the gimmick, making it tougher to really care about this match. And seriously, in what world are Los Matadores title contendenders? With so many good teams sitting around in NXT it makes you wonder if they really just dont care enough to fix things. Anyone who had to sit through the first two hours: let’s be honest here, this was a pretty top heavy show, and the first two hours dragged along pretty painfully. From the dud of a divas title squash match to the “bonus” match with the dude in the bunny suit tagging up with the guy who looks likea strung out and poorly dressed Jack Sparrow, it was all pretty bad. Even the Bray Wyatt vs Dean Ambrose match was more of an advertisement for next months TLC ppv. It was rough.

Ryback: What’s the deal with this guy? Two weeks ago the show seemed to be all about him, but at Survivor Series he was nothing more than a bit player. The WWE did such a good job of seemingly rebuilding him as a babyface when he returned a month ago but Ryback’s push seems to have simmered.

Roman Reigns: This dude…it seems as if Roman Reigns has lost all the buzz surrounding him, and his glaring weaknesses have started to be exposed. These “live via satellite” promos that they so obviously record backstage come across as so painfully awkward and vanilla it makes me lose all excitement I feel towards his impending return. Also, how come he gets to say bitch?