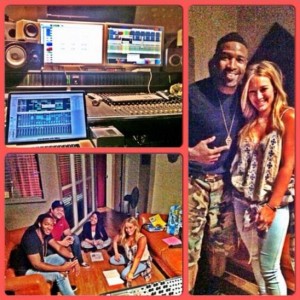 Hilary Duff has released 4 albums from 2002 to 2008, including many No.1 hits. She also had her own successful Disney Channel show called Lizzie McGuire, and has been in numerous movies. For the past few years, she has been concentrating on other things such as her family and being an author. Well, it looks like she’s back! Hilary was recently spotted in a recording studio in Los Angeles and she retweeted a tweet stating that she was recording a song called “Better Days” for her new album. Get ready for a huge comeback from the talented 25-year-old!