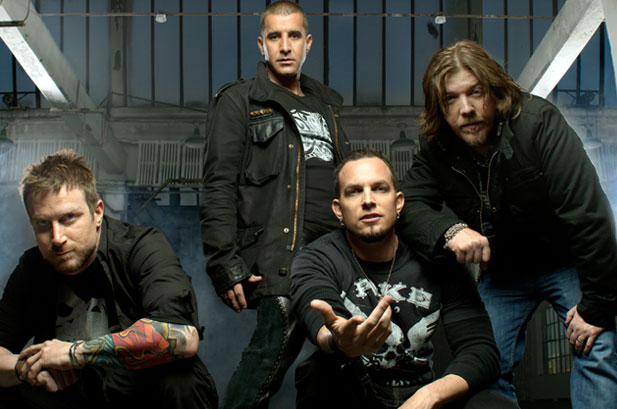 Before I begin this very exciting article, I have a small request. I ask that you please visit this link to read my article on the Creed Reunion, and then I will begin this article.

Ever since the announcement of the band‘s reunion in April and the follow up announcement on October 27, 2009 of the forthcoming release of a new album I have been waiting. It has been highly anticipated for me on a personal level, and I feel I have not been disappointed. For the first time in over 5 years, the rock band Creed has released a full length album, Full Circle.

Now, there are a lot of questions out there regarding the reunion of Creed, including the following: Is Alter Bridge done? Well, according to Myles Kennedy (Lead Vocals of AB) they are not. They will begin where the band has left off in 2010. Is Scott Stapp going to continue with his “Christian” lyrics? From what I heard, they still very much have spiritual overtones. However, it seems like Scott knows exactly where he stands with God and that he isn’t sitting on the fence. Have Creed retained the unity they once displayed? I can’t say “yes!” for sure, but they way they looked on stage, it certainly seems like it. The music seems like they have completely reconciled from what ever things were said and whatever differences caused them to go in separate ways.

Perhaps most indicative of this rediscovered brotherhood is…Well check this out! BRIAN MARSHAL IS BACK IN CREED! Back, after they released their second album, Brian Marshal and Scott Stapp had a terrible falling out that led to Marshall leaving the band under a cloud. Creed has indeed come Full Circle.

If you look at the fact that Creed, in the 90’s, had a much heavier sound, and now they have mellowed out, it seems like the band has found the real style in which they want to play. I mean its one thing to play music, but it’s another thing to play the music you really want to play. Alter Bridge has more of an edgier sound, and Creed’s more popular songs had that soft acoustic stuff going on. For example, “With Arms Wide Open”, “My Sacrifice”, and “Higher” are all of Creed’s bigger, well known songs, and Full Circle is much closer to the “With Arms Wide Open” and “My Sacrifice” style.

One song particularly sticks in my head, and is pretty catchy, is “The Song You Sing”, however I don’t think it will make it to the radio. But the song starts out by saying Woke up and had a face to face, guess my reflection had a lot to say…Does the song you sing have enough meaning, inspire us to sing along, does the song you sing keep echoing, INSPIRE US TO SING THE SONG YOU SING.

It has a very catchy tune, but is perhaps not ‘mainstream’ enough for radio. None of their current songs remind me of the old, harder side of Creed either; their sound has definitely evolved into something new, sounding soft rock lending itself more to Stapp‘s vocal.

Creed still has some heavy riffs, as shown in “Overcome”, which is an amazing reminder of what Creed can do. There is a song on the album called “Rain”, which I believe that Scott Stapp wrote completely on his own because it talks about renewing his life. “I feel it’s going to rain like this today, so let it rain down and wash everything away”. It seems Scott isn’t trying to hide behind the music of Creed anymore, he is openly trying to tell everyone how he feels about his life.

I truly feel that Creed as grown into something much better than before, not necessarily on a ‘rock’ level but from an overall music stand point. They aren’t as rift driven as before, and it may not be so subtle of a message from the band, but I feel that lyrically and just over all, they have moved onto another stage. In my last article about Creed, I said “Only time will tell” about the band, and I think time is going to show us that things have only improved. I just hope that this is not the last time we see Creed together.

Love Creed? Hate Creed? Have anything to say? Email me and tell me! rjp@multimediamouth.com.