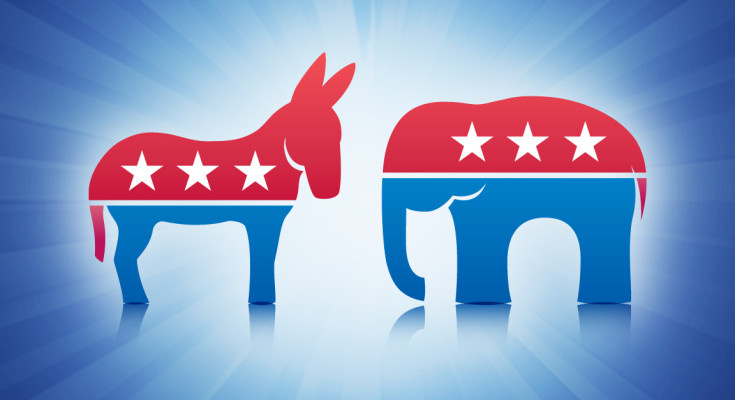 As the Republican convention slides away into history, Philadelphia is bracing for the Democratic convention—just days away.

And we all know that it’s time for the coach to have a “chalk talk” with the team.

But in the midst of all this high theater, there are storms brewing. I’m old enough to remember 1968. From time to time (not all that often), passions start to boil over and a perfect social thunderstorm starts to take hold. Feels humid to me—and the dark clouds are gathering.

1968. The previous oversized generation (the Baby Boomers) was coming of age. They had their darling candidates: Bobby Kennedy and Eugene McCarthy. One was shot and one was “sidelined” by the Democratic establishment which favored Hubert Humphrey. The Vietnam war was dragging on with no resolution in sight. Racial tensions were at an all time high. Chicago police were arming themselves with military grade riot gear. Eight years of Democratic control of the White House was coming to and end. Nixon offered “law and order” by mobilizing the “silent majority” of non-elite Americans. George Wallace, with his third party, has a shot at some real electoral votes.

2016. The only generation larger than the Boomers, the Millennials (72 million vs 71 million), has just come of age. Emails are showing that the Democratic establishment rigged the primary process in favor of Hillary. War in the Mideast continues to drag on with no resolution in sight. Racial tensions are again peaking. Philadelphia is constructing an 8 foot iron fence around the perimeter of the Democratic convention site. Insider Humphrey has come back to life as Hillary. Donald Trump is offering a law and order solution to the unrest all around us—mobilizing (you got it), the silent majority of ticked-off Middle America. Gary Johnson and Bill Weld (Libertarians) have a shot at at least 16 electoral votes and may end up activating the constitutional provision to send the election to the House of Representatives.

The more things change, the more they stay the same. So how can we learn from 1968?

Here are some suggestions:
-Don’t let a major confrontation happen between protestors and police in Philadelphia (as it did in Chicago in 1968). De-escalate whenever possible. Invite the demonstration leaders to speak to the country from the convention platform.
-Don’t shut the young people and their movement (Sanders) out of the Democratic convention. The choice of a VP candidate (who does not embody the ideals of youth) is not a step in this direction).
-De-escalate racial tensions wherever possible—and at least don’t aggravate what’s already there.
Let the Libertarians into the final presidential debates—silencing the opposition voices during a time of unrest is a really bad idea. Given more choices, Americans could feel less “cornered” and apathetic/anxious.
-Calm the “Muslim Scare” language. Much like the “Red Scare” language of the Vietnam era, it may well turn out to be a phantom. Vietnam is fast becoming a free-market, capitalist state. Hard to find a Marxist Communist anywhere in the marketplaces of Hanoi. It may well be hard to find a violent Islamic extremist a couple of generations from now.
-Take a disaffected young man under your wing. Most all of the shootings/bombings have been by alienated young men who are isolated and disempowered. They come in all political/religious shapes and sizes. We are our brothers’ keepers. As a society, we also need to find something productive for our young men to do. Young men without an ideal into which to throw their energy are a ticking time bomb of aggression.

Things look (in a spooky way) a lot like 1968. But we can learn from history. We don’t have to let history repeat itself.

1968 was a smoking crater; arguably the worst year in modern American history. We don’t have to let that explosion detonate again.