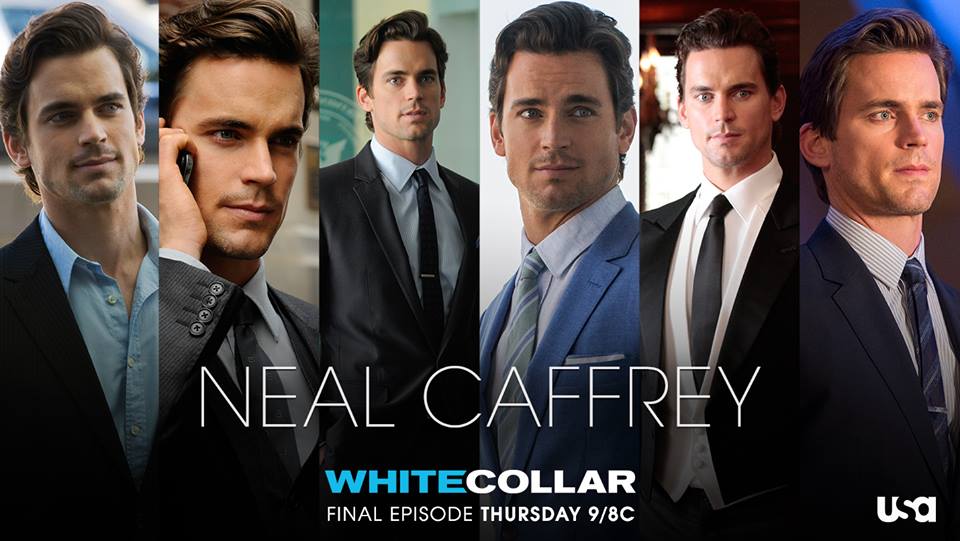 One of my favorite all time TV shows as come to a shocking end. USA Network announced earlier this year that they would it’s popular drama, White Collar at the end of it’s 6th season. While many fans, myself included, grieved in wondering how the season would end. It later came out that not only would season 6 be it’s last, but there would only be 6 episodes.

At first, I was curious as to how they would wrap up the cliff hanger of season5 and end the series in season 6. One of the things that I have complained about over and over again is how the writers of White Collar rush their storylines too much. Well, season 6 isn’t an exception. But while I am not here to dicsuss that, I do need to say that it was nice to see that season, once answering the questions of season 5, dedicated much, if not all of their time to the storyline of the current season.

Matt Bomer and Tim DeKay have been magic as a duo since the show began. I remember watching promos for the show and not understanding the concept. Shortly after watching one season, I was instantly hooked. Bomer played this slick con man named Neal Caffrey while DeKay played his FBI handler Peter Burke.

The two would grow close over the seasons, even to the point where I would question if Neal has changed. We would later find out that wasn’t true. He was the same con as he always was and always will be, he just needed to pull off the cons for those who it benefited the most..the FBI.

While this last season played a similar tune to previous, I will say that Neal Caffrey’s greatest, and last con, will shock you.

This episode brought tears to my eyes, and while I can’t figure what will replace my love for this show, I will watch Suits with just a little more love.

Here are a few thoughts on the final episode…

With that being said…..thank you Neal Caffrey and Peter Burke. And Goodbye, Neal Caffrey.