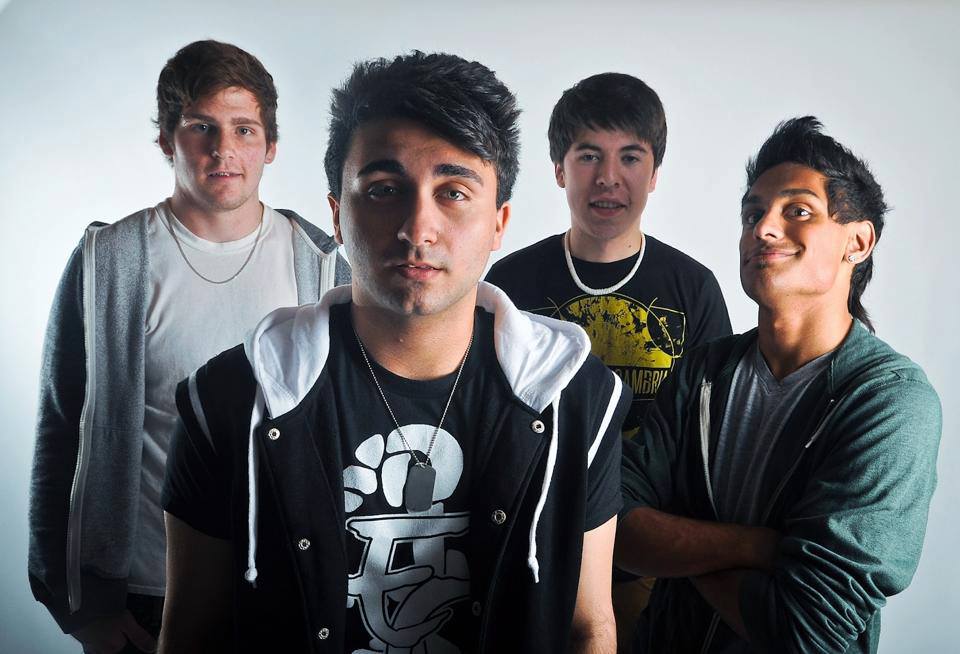 If you don’t know who GMC are feel free check out the following link to my last post about them which will give some information about the band.

Before I go into my love for the new single, the band have actually recruited a new member since I last wrote about them!  Corbin Giroux who was welcomed into the band in March as the new lead guitarist and yes. . .he has a personal twitter as well which I’ll mention further down.

Now. . .where was I?  THE NEW SINGLE!  Amnesia could be considered a sneak peek of the unreleased 5 song E.P. the band have been recording!  I’m not going to lie, when I first heard the song I fangirled a little, I had the biggest smile on my face and got a little embarrassed when people in my class noticed (whoops!).  I’m pretty certain the band knows how much I like their music, if not they will if they read this!  GMC uploaded the song as a “lyric video”.  I was a little confused with the countdown but that all made sense when my curiosity made me skip forward to see what it was.  To watch/listen to the video click the following link – AMNESIA

Marco Biundo  sharing the vocals with Tyler D’Costa (I’m not sure how a neighbour (Australian spelling) would react to you guys ruining their roses. . .but I’d forgive you!) with Corbin on Guitar and Christian Cashin on drums!

I’ve been listening to this song on repeat being a fan of pop punk and dubstep, I think the two go very well together!

Want to hear more of Good Morning Chicago’s music?  Then go to their YouTube (Or click here for ONE NITE STACI and DONE).  They guys have their own personal Twitters @Giroux182 @MarcoB_GMC @rockinDC123 @Ccashin and a band twitter @GMC_band.  (You should tweet them your answer to “What the hell happened last night?”!)