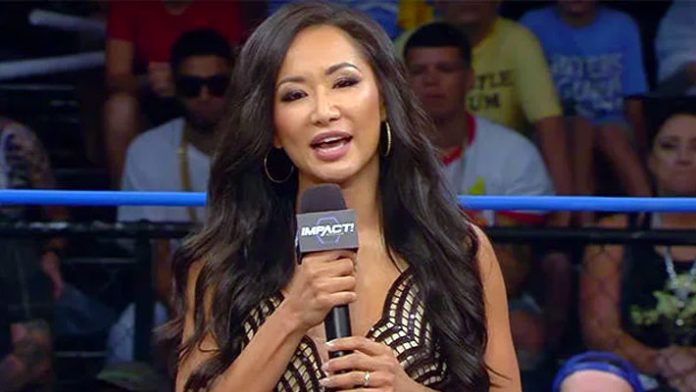 Gail Kim recently appeared on an episode of Oral Sessions with Rene Paquette where she praised Jeff Jarrett.

Kim says Jarrett gave her the first chance to be a producer for IMPACT Wrestling.

“I always talk about the fact that, you know, Jeff Jarrett, back in 2007 when there was no women’s wrestling really being put on any type of platform, gave us that opportunity. Since then, I think, he’s always believed in me and once I became a leader in the locker room, the girls started coming to me and asking me my feedback and all those things,” Gail explained. “Eventually, I knew to continue on in this business, I loved putting matches together and it was something that I was really good at, so I just asked Jeff, ‘do you mind? I want to become a producer.’

“He said ‘yeah, okay!’ and I asked if I could shadow one of the producers that are there now and he said ‘yeah, yeah, yeah!’ and then he threw me on a live pay-per-view. So, that was fun, but you know what, you learn the fastest when you’re thrown into things and maybe you might not do the best job,” she explained, “but I’m okay with making mistakes and learning along the way.”