What does the future hold for Conan? 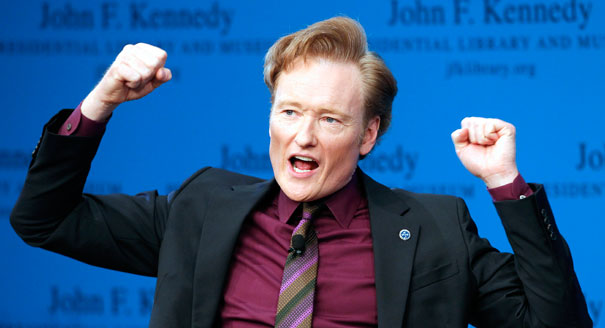 In 2010 Conan O’Brien was the host of the Tonight Show until Jay Leno wanted it back. He graciously left the show and went to TBS and started Conan where he has had a home for his niche comedy style. Now, almost 7 years to the date, Conan is looking at a possible shakeup in his show.

Kevin Reilly, Cheif Creative Officer of Turner Entertainment said that Conan may be undergoing some changes in the near future. Many are taking that to mean that the show may switch from a nightly format to weekly format similar to that of Jon Oliver and Samantha B. No decision has been made.

Youtube is rumored to be negotiating with Conan about bringing his show to the platform.

Commentary: Conan (The show and Host) has been a staple for TBS for 7 years. His ratings have struggled to be anything stellar to be a major game changer but his digital numbers have made Conan a money making entity. It is no surprise that a digital platform is interested in Conan as he is a leader in the younger demographics. I truly hope that Conan can find a home that will make him happy and continue to produce funny entertainment.