Former President Donald Trump says he will be back 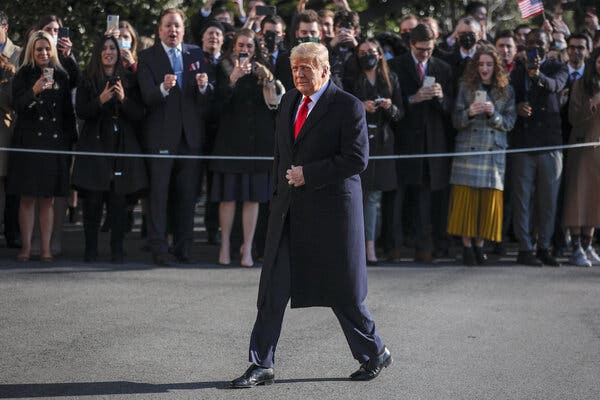 Former President of the United States Donald Trump said he will be making a come back soon but was very shy on details.

Trump made his first remarks since leaving office on Friday. Trump told Rob Crilly of the Washington Examiner that he will be returning soon.

“We’ll do something, but not just yet,” Trump said. A Trump assistant ended the interview as quickly as it started according to The New York Post.

Trump is currently living out of his Mar-A-Lago club in Florida. Rumors have it that the former President is seeking a possible 3rd party run for the White House in 2024.

The former President is also facing an impeachment trail.