One of the classes I am taking this semester as part of my film studies is an introductory directing class which also in part serves as an introductory acting class, the reasoning behind this being is that in order to direct actors, the director must understand their process and be fluent in their skill set and terminology, in order to best communicate with the actor and extort the best possible performance. Our class is divided into two parts: the first is a lecture component in which a lecturer (actress Peggy Gormley, who has appeared in dozens of films over the years including The Last Temptation of Christ, Finding Graceland, Thirteen Conversations About One Thing and The Squid and the Whale) goes over basic acting terminology, acting history, and gives an in-depth overview of the actor’s process and what that means for the director. The second is a studio component in which we perform various acting exercises and, as we started to do this last week, act and direct in short scenes. These classes are immensely helpful in understanding the director’s responsibility on set and what being a good director entails in terms of the relationship with the actors.

First, I will start off with a brief history of screen acting (the history of stage acting would take an entire column to cover). In the first half of the 20th century, film acting attempted to mimic stage acting, characterized by big gestures, exaggerated reactions and smart, snappy reading of lines. However, in the late 1940’s/early 1950’s, a new style of acting was born, developed from the techniques of famed Russian actor Constantin Stanislavski and brought to America by Stella Adler, Lee Strasberg and Sandy Meisner. This technique, colloquially referred to as “method acting,” actually consists of a series of techniques whose purpose is to help the actor on his or her quest for “theatrical truth,” a phrase coined by Adler. Each of the three major acting teachers mentioned above taught their own unique methodology and different and varying techniques, but the ultimate purpose was the same. Most of the well-known actors working today have studied these teachers’ techniques if not studied with them directly. Adler’s most famous student, Marlon Brando, became the internationally recognized symbol of method acting, and one of the first major actors to implement the method in his cinematic performances. Early roles such as A Streetcar Named Desire demonstrate an uncanny ability not to act theatrically, make big gestures and give loud and clear line readings, but to act with the power of the eyes and subtle shifts in emotion and body language, and not just to act but to genuinely react to the other performances.

The key to understanding how to direct an actor is to realize that every single action the actor does, whether it be a physical action or saying a line of dialogue, has to be motivated from and driven by the internal character the actor is portraying. The first thing aspiring directors must let go of in order to get great performances from their actors and in order to succeed as directors is the notion that the camera dictates the film, and that the actors go where the camera goes. The correct approach is just the opposite – the actors need to find their natural, comfortable physical presence in a given location, their natural pace and the actions they are performing – all of which need to stem from the characters and their needs, desires and internal emotions – and then, the camera is brought in to go where the actors go. This isn’t to say that a film can’t have interesting shots, compositions and angles, flowing camera movements and stylized cinematography; what it’s saying is that everything the camera does is dictated by where it feels most natural for the actors to go and what it feels most natural for them to be doing.

In order to flesh these notions out, the “Five Questions” were developed. This is a series of five questions the actors and director must have extensive and in-depth answers for, before even beginning to approach a scene. Without the actor and director both being aware of the motivations of the character’s actions, the scene will feel dull and lifeless, a drawback many, many films suffer from. The questions are:

What am I doing? An actor must always have an activity within a scene, because this is how people behave in real life. Rarely do two people enter a space just to have a conversation. Often, one will be doing something, a menial task of some kind, eating, or have any other sort of physical goal, during which one will engage in conversation.

Where did I come from? Again, this question not only refers to a physical place but also an emotional one: What is the character feeling when he or she enters this scene? The question also refers to the long-term, biographical history of the character, and the things in his or her past that influence his or her personality and actions in the present.

What is my relationship to the other characters? It is within this question that the famous paradigm “acting is reacting” can be located. Do the characters know each other, or are they complete strangers? Are they on good terms or bad? What is their mutual history? All of these questions help actors craft their performances, since each of these different circumstances would lead to different actions. 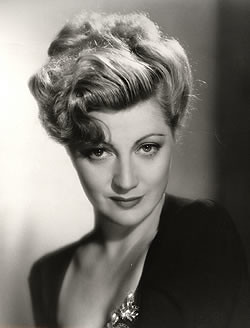 Good actors are capable of going through these questions themselves and self-motivating their own performances, which often leads to talented actors delivering good performances in otherwise bland or poorly directed films. However, it always helps when the director is on board and is able to communicate to his actors. This is how good directors manage to get great performances out of usually bland and uninspiring actors. A good example of this would be George Lucas’ directing style on the Star Wars Prequels. In behind-the-scenes footage Lucas is clearly shown walking the actors through a scene and giving them precise marks (necessary in order to fill in the special effects later) and blatantly telling them how to say a line by reading it himself (one of the biggest no-no’s you could possibly do as a director; this is considered actor poison, and any self-respecting actor would never work again with a director who is condescendingly telling him or her exactly how to do his or her job.) In addition, the lack of physical sets prevents the actors in the prequels to be able to react to their environments, which for an actor is equivalent to having an athlete run an obstacle course blindfolded. Without being able to see, touch, sense and feel their surroundings, actors are left blind and helpless and have nothing to play off of. On the flipside, take a film like Boogie Nights. Paul Thomas Anderson, an incredibly gifted director, worked very hard with actors not known for their incredible range or skill, such as Mark Wahlberg and Burt Reynolds, and manage to coax out of them the best performances of their respective careers, and even land Reynolds his one and only Oscar nomination.

In our studio class on Monday we did “open scenes,” which basically consists of two actors and a director getting a short, half-page script with a brief dialogue exchange between two characters, in which the dialogue is intentionally vague and could refer to almost anything, and no other circumstances are given. I volunteered to be the director, and two of my classmates volunteered to act out the scene. Together, we had to read through the dialogue, come up with a logical scenario in which this type of exchange could take place, create the characters, figure out why they are in this scenario, what their relationship is to one another, and what they are doing in the scene that motivates them to say the things that they say. It was eye-opening to experience and implement these techniques first-hand, and although my classmates are fellow film students and not professional actors, we felt good with what we did and our professor congratulated us on doing a good job, explaining that the scene flowed well and that the performances rang true in the scenario we came up with.

Acting is an extremely difficult craft. Rosalind Russell famously said that: “Acting is standing up naked and turning around very slowly.” It is a draining, difficult process in which actors have to externalize and express their deepest, innermost emotions and do so again and again, over multiple takes. Actors spend years upon years and hundreds of studio hours honing their skills and techniques in order to perform it. While it would be impractical for a director to be able to implement these techniques and deliver great performances him or herself, I do believe that it is the director’s basic and easily attainable responsibility to be familiar with and understand the actor’s process, appreciate what the actor has to do, and be there for the actor for emotional support. This is an important first step to becoming a truly great director, one whom actors will enjoy working with and will gladly return to work with again. It should come as no surprise that the greatest directors attract the best talent and have multiple actors who return to work with them on multiple films. Because what an actor is really looking for in a director is someone who understands what they do and what they need in order to do it, and someone who can take the actors’ remarkable skills and use them as one part of the puzzle to create their overall vision.

The Shortlist: 10 Silent films you have to see (that nobody will tell you to)

Miley Cyrus – We Did Stop

One Word or Less Comic Reviews for September...

One Word or Less Comic Reviews for May...