How much does it cost to make a movie? Sure, film equipment is expensive, cast and crew need to get paid and there are all sorts of additional expenses such as construction, art and costume design materials, catering, etc. But looking at Hollywood budgets sometimes makes my head spin. I simply cannot understand for the life of me where all the money goes. In the indie world, film budgets seem balanced and logical, for the most part. A small but fantastic film like Blue Valentine cost $1 million, which makes perfect sense considering the film’s scope. You’ve got actor and crew salaries for a ~20 day shoot, location fees, catering, transportation, equipment rental. And even for a film like Blue Valentine, $1 million seems abysmally small. An additional, equally small indie from last year cost four times that amount – Winter’s Bone was budgeted at $4 million. Of course, Winter’s Bone was a more complex film with a larger scope, more locations, more actors, and other additional necesseities such as specific costumes, set design materials, and some minor special effects as well.

Moving up on the scale, we encounter mid-level indie films like Juno ($6.5 million), Pulp Fiction ($10 million), Crouching Tiger, Hidden Dragon ($15 million) or Eternal Sunshine of the Spotless Mind ($20 million). These films are obviously far more complex, far-reaching and larger scoped than Blue Valentine or Winter’s Bone, and these films’ budgets have to take into account things such as recognized name actors’ salaries, exotic location shooting, film development costs (Blue Valentine and Winter’s Bone were both shot digitally), special effects work, larger crews, longer shooting periods and all sorts of other costs that bump the pricetag up into the two digit range. $20 million seems like a lot of money – and yet, in a film like Eternal Sunshine, every penny is clearly on screen, what with the compex special effects work, set design, and all the other elements that had to go into the making of the film. Actors’ salaries also play a part – while Jim Carrey didn’t get paid his usual $20 million for acting in the film (which is the entirety of the film’s budget!) They clearly still had to pay him a relatively large sum of money, otherwise his agent would have never let him appear in the film. Actors’ salaries are a whole other category of bloated studio spending, but their ridiculousness and bloatedness is so incredibly apparent that I don’t feel the need to go into it.

Making movies in the studio system is far more expensive than the indies, though. Studio films rent out enormous equipment packages, have crews ranking in the hundreds of crewmembers, longer shooting periods (usually two or three months), unionized crewmembers whose unions require extremely high paychecks and very strict overtime compensation agreements, A-list actors’ salaries – not to mention other expenses such as trailers, high-end catering and other special amenities – set construction costs, costume and art design budgets, special effects, music rights… and the list goes on. But one would think that even these expenses would at least seem to have a limit. A typical studio film for me would be something like The Social Network. Here’s a film that had all of the amenities and luxuries of a studio film – the top craftspeople, a massive equipment package, a huge crew, long shooting period, extensive special effects work, etc. The film cost $40 million. But it was after all a fairly straightforward drama, set in real-world locations and lacking in anything particularly extravagant in the art direction, costume design or special effects departments. A film like the Lord of the Rings trilogy, though, would seem like the absolute top end, the peak of a studio film’s scope. Those films were budgeted at $260 million – a budget that paid not only for the mind-bogglingly enormous number of sets and miniatures that had to be constructed from scratch; the extensive costume and art design, special effects make up, CGI effects, and all those other things but also for the catering, amenities, living arrangements, and paychecks for a crew ranking in the thousands of individuals for three whole years. If there’s a better use of such a lavish budget – which evens out to about $87 million per film – out there, I certainly don’t know what it is.

But here’s just the thing. While the Lord of the Rings trilogy would make it seem like $90 million should be more than enough to make a sprawling, big-budget fantasy action-adventure epic, Hollywood blockbusters these days cost a lot more than that. A whole lot more. Pirates of the Caribbean: At World’s End cost a staggering $300 million, as did Avatar. Recent comic book films such as Spider-Man 3 and Superman Returns were priced at $260 million. $200 million almost seems like a standard budget these days for Hollywood films, some of which it is unbelievable to imagine where all that money went. Quantum of Solace? Terminator: Salvation? X-Men: The Last Stand? Other films such as Troy, Waterworld, Wild Wild West, Terminator 3, and Evan Almighty – yes, Evan Almighty – Hover at around the $170 million mark. Almost $90 million more than a Lord of the Rings film. And I continue to wonder: Where does all the money go? Are Hollywood producers flushing it down the toilet? What is the limit? How extravagant can film budgets get? It just boggles the mind, truly.

The reason I am so fascinated with film budgets right now is because I recently had a discussion with the director of an NYU senior year thesis film I worked on about her budget. In fact, just out of curiosity, I had been asking a number of the directors I had been working with recently about the budgets to their films. Raising money is one thing, but that’s a whole different beast that I will address one day in a later article in this series. But my primary interest was what these directors were spending their money on. How they distributed the budget. What they invested in more. What less. Where they had to cut corners, and how they managed to save. The average budget for an NYU senior thesis film – at least among the ones I had been working on – is somewhere between $10 and $15 thousand dollars. The distribution of this money is what is so interesting – it’s so crucial to attain the right balance, and it’s fascinating to see how some people get around it. A friend of mine worked on a $10,000-budget film that shot in a small town in Colorado. The production paid for plane tickets for the entire crew – a large expense, certainly. But they managed to save money by choosing this specific small town to shoot in. The town was so excited to have a real film shoot coming around that they offered the entire town to the crew’s disposal – they managed to get free food, free lodging, and full access to the entire town in terms of location shooting for the entire 10-day shoot. So, where one production would spend on catering and lodging, this production invested all of that money in travel expenses. Add to that equipment rental fees and that pretty much covers the entire budget of the film.

What is even more interesting to me are the bloated projects that clearly and almost shamelessly go too far with their spending. A friend of mine recently art directed an $80,000-budget period war film set in WWII. Why would a film school student spend that much money on a project? I will never understand. It almost seems to stem from a sentiment that suggests that throwing a lot of money at something will make it good. “If I shoot on 35mm film, get sweeping crane shots, and invest a lot of money in period costumes, locations, special effects, action scenes, and so on… my film will be impressive.” Impressive, sure. But good? That all depends on the script. I’ve spoken about the importance of a good script before and will continue to preach this belief many times in the future. But honestly, if you ask me, even the best script and the most confident director in the world cannot justify spending $80,000 on a 15-minute student film. What many of my peers seem to be forgetting is humility; taking it one little baby step at a time. No matter how confident he or she is, I highly doubt that any director would be capable of actually directing such a lofty, epic, large-scope film with much success at such an early stage in his or her career. Film school is just the beginning; if you are good, you will have your entire life ahead of you to create the loftiest, most epic films you want. And what the bloated Hollywood budgets and modest indie budgets prove most of all is that it’s just as important to know your limitations as it is to reach for the stars. 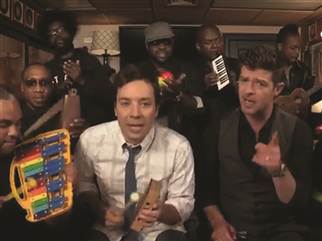