FBI raids home of a Netflix star Jerry Harris over allegation of soliciting sex with minors. 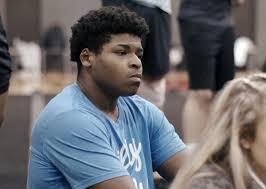 On Monday FBI raided a home of Jerry Harris who starred in Netflix TV show Cheer, according to The Epoch Times, after allegations of inappropriate sexual conduct were brought by two teenage boys. FBI spokesperson confirmed that law enforcement agents “conducted court-authorized law enforcement activity” in the area of Harris’ residence in Naperville, Illinois. However, the FBI declined to comment on the details of the investigation. According to Breitbart, a 21-year-old star has not been criminally charged.

A family of two underage boys filed a lawsuit against Harris, Varsity Brands, and the US All Star Federation, according to The Epoch Times. “As a result of the recent allegation, we have barred this person from having any affiliation with Varsity Brands or any of its subsidiaries or affiliates, now and in the future,” said Burton Brillhart, a Chief Legal Officer for Varsity Brand.  A spokesperson for Jerry Harris denied the allegation in a statement to Us Weekly. “We categorically dispute the claims made against Jerry Harris, which are alleged to have occurred when he was a teenager,” the statement says.

Harris was invited to do a live Instagram session with a former VP Joe Biden as part of his 2020 presidential campaign. According to the Washington Free Beacon, the video of Biden and Harris was viewed almost 300 000 times. It has been removed since.